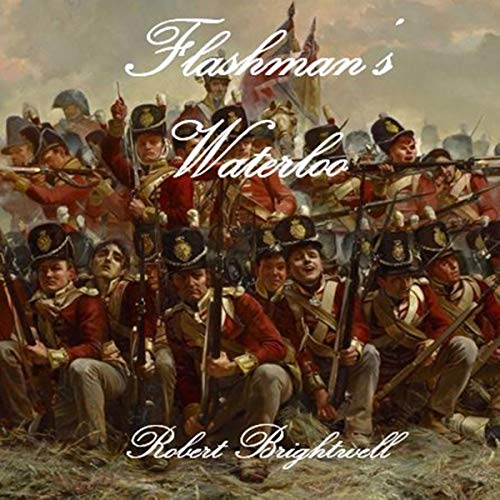 This sixth packet of memoirs from the notorious Georgian rogue Thomas Flashman covers the extraordinary events that culminated in a battle just south of Brussels, near a place called Waterloo.

The first six months of 1815 were a pivotal time in European history. As a result, countless books have been written by men who were there and by those who studied it afterwards. But despite this wealth of material, there are still many unanswered questions including:

The answer to all these questions in full or in part can be summed up in one word: Flashman.

This extraordinary tale is aligned with other historical accounts of the Waterloo campaign and reveals how Flashman’s attempt to embrace the quiet diplomatic life backfires spectacularly. The memoir provides a unique insight into how Napoleon returned to power, the treachery and intrigues around his hundred-day rule and how ultimately he was robbed of victory. It includes the return of old friends and enemies from both sides of the conflict and is a fitting climax to Thomas Flashman’s Napoleonic adventures.

Everything Flashman does puts him in harms way. Or into some bed with a female of whom he should probably shy away from. Well written and very well read this book is a delight. And considering that much of the detail is factual makes it even more amazing. I enjoyed the book and look forward to the next. I highly recommend.

Not quite as good as the books about his nephew, Harry Flashman, they are the next best thing. I have enjoyed every one of the audio books and I am anxiously waiting for more.

Can't get enough of Brightwell's books. His research is impeccable, his narrative thrilling, and Flashy is just as much a scoundrel as ever. The narrator manages to be appropriately sardonic an poignant as needed, and brings Flashy's world to life.