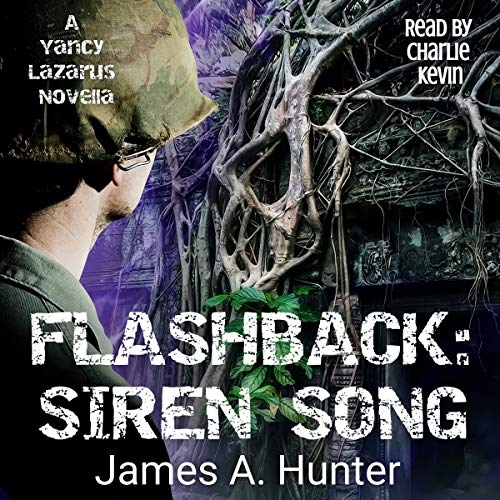 "Hunter's writing is as low-down, gritty, and insidious as the blues Yancy Lazarus loves. Just like the mysterious music drifting through the jungle toward Yancy's squad, Siren Song will get under your skin and sink its hooks into your mind. (Eden Hudson, author of Halo Bound, the Redneck Apocalypse series)

With just a few weeks left to go until Yancy gets shipped back to the States, he’s just trying to keep his head down and avoid a body bag - no mean feat in Nam. But when his squad is tasked with conducting a routine patrol deep in enemy territory, everything goes to nine kinds of hell, and he quickly sees his chances at survival slipping away.

When the radio operators start to pick up some funky, dirty ol’ blues all the way out in the backcountry, it’s a nice change of pace. At least until the men in Yancy’s squad start losing their minds, turning on each other with murderous intent as the music works its deadly power within them. Convinced it’s some kind of new psychological warfare initiative, the squad leader forces the men to push deeper and deeper into the Vietnamese jungle, obsessed with locating the music’s source. What they find, however, isn’t some new technology, but an ancient spirit awoken by the terrible war. Even worse, the music is changing Yancy too, awakening something buried inside of him. Only one thing is certain, nothing is ever going to be the same.

Authors note: Siren Song is a novella-length story (26,000 words) and is not a full novel. Though it is the first installment in the Yancy Lazarus Flashback series (and can be listened to as a standalone short story), chronologically it is Episode 2.5 of the Yancy Lazarus series.