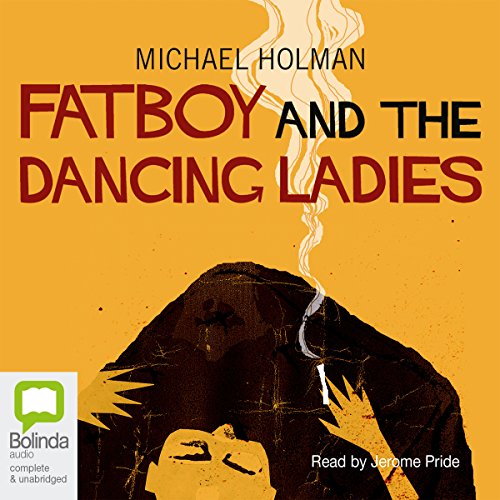 Fatboy and the Dancing Ladies

The second book in the Kuwisha trilogy, this is a gently satirical look at life in an East African slum. Young Ferdinand Mlambo has lost his prestigious post as kitchen aide at the State House because of his disloyalty to the president, whose chief steward has decided to rename Mlambo "Fatboy". With the help of a glue-sniffing local gang, Mlambo goes on a quest to recover his reputation amid a slew of corrupt politicians, do-gooder celebrities, crazy schemes, and a bevy of colorful characters. Australian actor Jerome Pride lends the story a rhythmic, enjoyable feel.

Ferdinand Mlambo, the youngest boy ever to become senior kitchen toto at State House, is in deep trouble. Disloyalty to Kuwisha's Life President Nduka has not only cost him his prestigious job: the sinister chief steward to the president, Lovemore Mboga, has humiliated Mlambo by stripping him of his name. Word goes out: henceforth, he will be known as Fatboy. But with the help of Titus Ntoto, leader of the notorious Mboya Boys gang of street children, Mlambo sets out on a quest to recover his name and dignity.

In this sequel to the acclaimed Last Orders at Harrods, Michael Holman again combines the insights of someone brought up in Africa with the experience of nearly 20 years as the Financial Times' Africa editor. With a sharp observant pen, he describes a world of abandoned street children, corrupt politicians, well-meaning aid workers, celebrity outsiders, self-deceiving donors, and the resilient residents of Kireba - Kuwisha's worst slum - where the worldly but compassionate Mrs Charity Mupanga presides over the popular rendezvous, Harrods International Bar (and Nightspot).