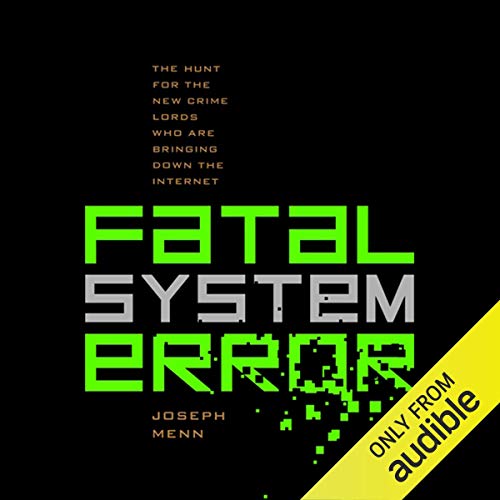 In this disquieting cyber thriller, Joseph Menn takes readers into the murky hacker underground, traveling the globe from San Francisco to Costa Rica and London to Russia. His guides are California surfer and computer whiz Barrett Lyon and a fearless British high-tech agent. Through these heroes, Menn shows the evolution of cyber-crime from small-time thieving to sophisticated, organized gangs, who began by attacking corporate websites but increasingly steal financial data from consumers and defense secrets from governments. Using unprecedented access to Mob businesses and Russian officials, the book reveals how top criminals earned protection from the Russian government.

Fatal System Error penetrates both the Russian cyber-mob and La Cosa Nostra as the two fight over the Internet's massive spoils. The cloak-and-dagger adventure shows why cyber-crime is much worse than you thought and why the Internet might not survive.

"Narrator Christian Rummel maintains an upbeat tone, in contrast to the depressing information he delivers. His cheery and enthusiastic attitude makes the mountain of facts more palatable." ( AudioFile)

Many details about cybercrime in early cybercrime

This book contains many details about the early years of cybercrime. Unfortunately most people are not aware of the fact that such things have been happening for such a long time already, and how involved former Soviet nations actually have been from the very beginning. Also the first half about various Poker sites and how corrupt they are is very eye opening. Good narration style, interesting story.