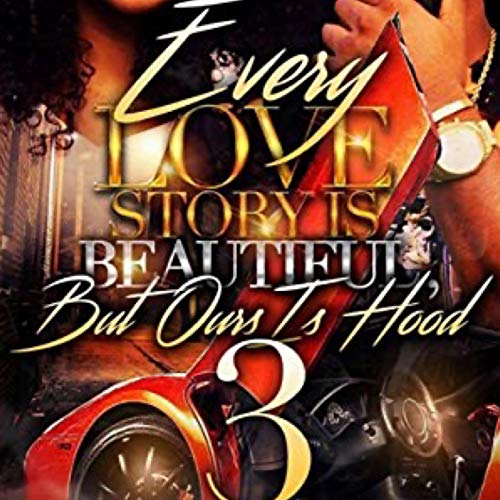 Every Love Story Is Beautiful, but Ours Is Hood 3

After serving a 10-year bid in prison, Taye "City" Savage was finally freed. However, once he was released, there was no time to chill and enjoy the riches that his brothers had acquired at his left and right hand at the king’s throne of the Savage empire. No sooner than City was released, complete mayhem ensued. His brother, Shon, and his greed causes the Savage empire to be in debt with the Columbian cartel of more than a million dollars. Yet, being the man that City is, he quickly handles that...just to be thrown in the middle of more mayhem when one of his family members fall victim to the streets. Now, City and his left and right-hand men, Money and Shon, are intent on finding out who had the audacity to come against the Savage family, and they are ready to make the streets of Chicago bleed in repentance of taking one of their own.

In the meantime, Bliss is dealing with choosing to put on the engagement ring that Money gave her during his beautiful, yet awkward, proposal. Akira finally has the man that she has yearned for for 10 long years. However, now that she has City, she isn’t ready to endure the hurt that comes along with being the connect’s woman. Zoe spent some time back and forth between brothers Shon and Money, but now that her scandalous secret has been revealed, she has been outcast from the family. Yet, she is banking on the DNA test results proving that the father of the baby that she is pregnant with is Money so that she can keep the man that she feels Bliss has taken from her and maintain the lavish lifestyle that he has been providing her with.

Will Bliss say yes, or is she finally tired of Money’s inability to choose her? Who is the father of Zoe’s baby? When the Savage family endures yet another family tragedy, will Akira decide that she isn’t willing to continue to mourn the loss of her loved ones? Find out the answers to questions and more in this third installment of the dramatic, urban, romantic tale of the irresistible Savage brothers!

Ce que les auditeurs disent de Every Love Story Is Beautiful, but Ours Is Hood 3

First I love everything that Jessica writes. Book 1 was pretty good, 2 started getting real good and 3 was good at putting things to a end. Nice work .

I was stuck for 3 whole books hooked on this stor

I was stuck on this story for days. glad it ended well. One of her best projects well told story. sending out to fri9.

I absolutely loved this series . it was attention grabbing and extremely entertaining. I would definitely recommend this author

You just got to love them Savage Men and The Ladies that love them, please come on with book 4. Dear Ms Watkins to many loose ends.

This book was love

I really enjoy reading this part of the series. I love every min of it even when things got said...

I thoroughly enjoyed this entire series. The story line was engaging and the characters were relatable. I also really enjoyed the narrators. I thought the male narrator was super versatile. I'd definitely recommend.

The third book puts all your wandering to a peaceful end. A jaw dropping series. Should be on Lifetime fr!

This is an awesome collection Jessica Watkins you did your thing with this series here! Had me ready to to listen to every chance I got

I loved the story, but the narrators are THE ABSOLUTELY WORST...They showed no emotion whatsoever