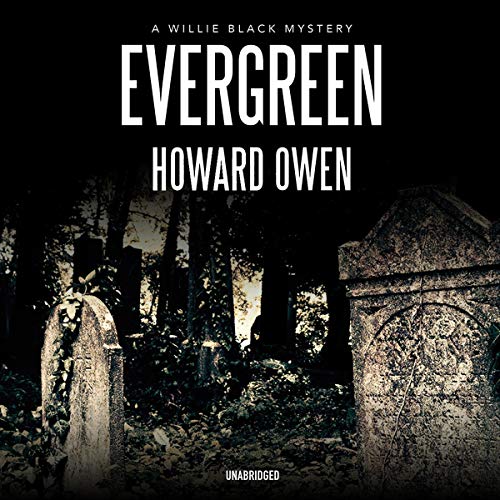 Willie Black knew he had a father, even if he didn't know where he was buried. It wasn't like Artie Lee gave his son anything but his genes. He died when Willie was 15 months old, and Artie and Peggy never married. They couldn't have, in the segregated commonwealth of Virginia in 1960. Then, in January of 2018, Artie Lee, dead almost 57 years, reinserts himself into his son's life. Philomena Slade calls Willie, the mixed-race night-cops reporter for the local daily rag, to her death bed to ask him a favor he can't refuse: Keep Artie's grave clean. She's been doing it after everybody else who knew him either died or chose to forget they ever knew Artie Lee.

Willie Black finds his father's final resting place in Evergreen, an abandoned cemetery on the east side of Richmond where full-grown trees and thickets obscure memorials to people who, like Artie Lee, are long-forgotten. Willie soon discovers that the almost-impenetrable wilderness of Evergreen is a metaphor for his search for Artie. Artie Lee, a saxophonist and race man who did not suffer bigots gladly, died in a car crash. Willie knew that. When he starts figuratively digging, though, he finds out more than he really wanted to know.

Arthur Meeks and Archangel Bright, Artie's friends back in the day, don't seem that eager to talk about him, but Willie keeps pumping them. Eventually, he'll discover how a double-homicide at a Ku Klux Klan rally in 1960 connects with an auto wreck on a deserted road a year later. It's not like Willie has plenty of extra time to unearth a story he might not even be able to write. In addition to covering the always-thriving Richmond crime scene, he's now assigned by his newspaper's most recent boy publisher to do a daily feature from the city's past. Who can blame him if he starts mixing a little fiction with the history? As he tries to find out what happened to Artie Lee, Willie figures that, when it comes to reconnecting with his long-deceased father, late is better than never. When he digs up the truth, though, he'll see that "never" might not have been so bad.