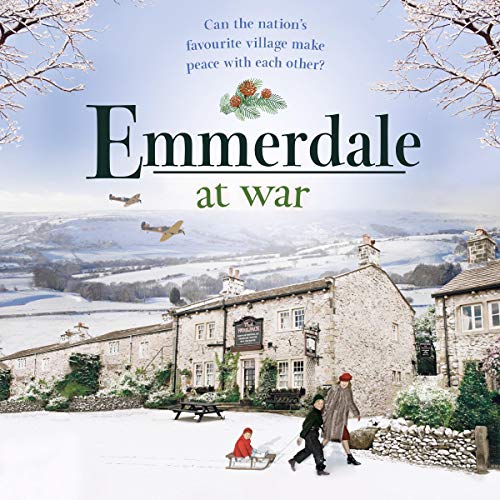 Emmerdale at War is a must for fans of ITV's Emmerdale, and listeners who love heartwarming and heartbreaking stories set during wartime.

Britain is at war once again and the families of Emmerdale are trying their best to cope with a new way of life.

Rationing has been introduced across the country, two million more men have been called up for service, and blackouts, evacuees and military training camps have become the norm. In Beckindale, three young women are about to find their lives changed forever....

Annie Pearson is working on Emmerdale Farm, while her love, Edward Sugden is at the front line. Lily Dingle has found purpose in joining the ATS, though she may get more than she bargained for. And Meg Warcup, now teaching at the local school, has taken in two children evacuated from Hull. They have adjusted to their new way of life until one day a German plane comes crashing down in the village....and changes everything in the village of Beckindale.

The third novel in the Emmerdale series transports us to the Yorkshire Dales in the midst of World War II, exploring the lives of Emmerdale's much-loved families. Will the nation's favourite village overcome adversity to deal with the loves and lives lost?