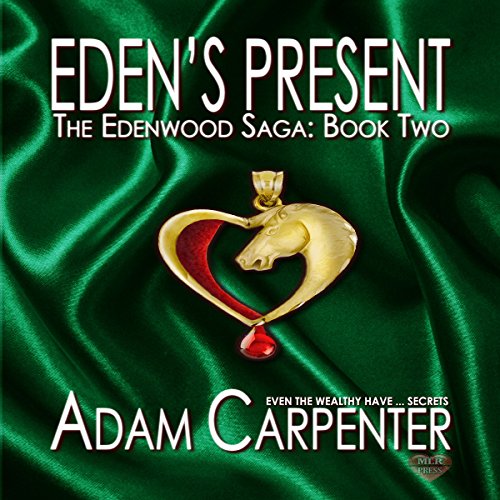 Chad Singleton discovered a shocking truth at the conclusion of Eden's Past, and now the revelation threatens to undo everything he's achieved since he returned to his hometown of Eden. His job with rival relatives at Harte Industries, his relationship with his feisty grandmother, and most of all, his steamy, no-holds-barred love affair with the local chief of police, burly Brett Ellers.

But it's the sexy stranger in Eden, William Kelton, who will most affect Chad, the two of them bound by intrigue, betrayal and a mutual attraction. As the mystery deepens surrounding his father's death, Chad buries his wounded heart in Kelt's welcoming arms. But the surprises have only just begun, the biggest of which will forever change his life.

Honestly the story is good if you could get past the narrator. He makes the sexy times less sexy. I need to know how it ends. On to the last.