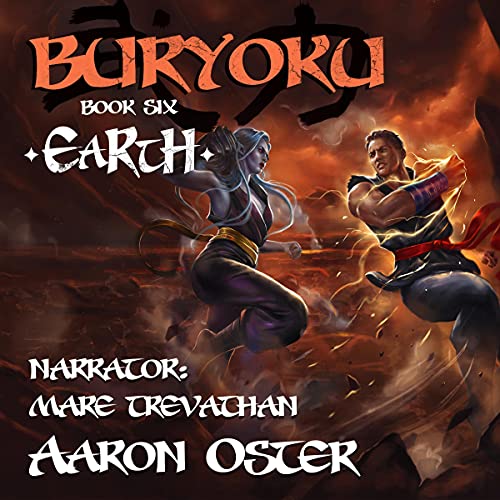 With the rise of the Ancient Cavern Beast, Furea, the Bringer of Fire, comes a threat the likes of which Buryoku hasn't seen in centuries. As if this wasn't bad enough, his armies rise along with him, containing fighters so powerful that even the Scions may not be victorious against them.

While the war rages on, Roy and Aika find themselves transported to a new land, set on a mission by his mother to hunt down the only man who can truly teach Roy how to control his birthright. Finding him may also unlock the only key to defeating the Ancient Beast.

Roy and Aika race against time even as Sovereigns, aligned against his father, scheme and plot his downfall. The toughest battles Roy has ever faced are on the horizon, and facing stronger enemies than ever before, he must advance quickly or face certain death.

This has been a captivating listen!! Thank you for sharing your talent with us keep them coming!!

and has given me a path to follow for a couple sects in a pathfinder world I've been making. Sects my party might actually be interested in joining fit reasons aside from advancing. on top of all that it is a very enjoyable listen and I eagerly await the next book!

Every moment in this story takes me out of my head and thrusts me into the wonderfully written story of these characters! I'm definitely a huge fan!!

Another great addition to the series with more serves revealed. Also, another stunning performance from Mare, who has become my all time favorite narrator. Looking forward to the next book!

great series to Lose Yourself

OK I have stumbled across this series kind of by mistake. I think I came across it looking for something different but fell for these books I know I was way behind when I first started but couldn’t stop listening and now I can’t wait to hear the next one. I drive for a living so having something to keep my attention as I’m going down the wrong road staring at nothing but road makes it so much more worth being able to listen to something enjoyable.

OMG THIS IS THE MOST AWESOME STORY EVER. I'm not sure i can wait, it almost hurts. I'm in love with all this book is.

Can’t wait for the next book! Ready to see how strong Leroy becomes. Loved it.

Aaron has done it again! I cant wait for the next book! CANT WAIT!!!!!