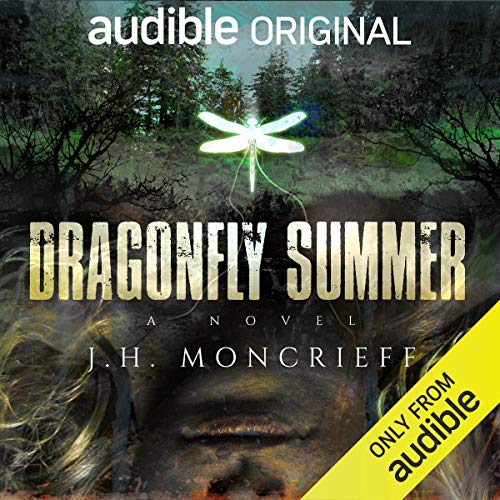 The perfect next listen for fans of Wendy Walker and Shari Lapena, Dragonfly Summer is a gripping thriller that asks: What happens when the past comes back to haunt you?

Jo Carter never thought she'd return to Clear Springs, Minnesota. But when the former journalist receives a cryptic note about the disappearance of her friend Sam twenty years before, she's compelled to find out what really happened. During her investigation, she learns another high school friend has died in a mysterious accident. Nothing is as it seems, and Jo must probe Clear Springs' darkest corners and her own painful and unreliable memories to discover the truth - and save herself from the killer who could still be on the hunt.

Deliciously twisty and suspenseful from the first minute to the last, Dragonfly Summer proves that no small town’s secrets can stay buried for good.

Home is not always where the heart is...

This is my first read by J H Moncrieff. It will not be my last! This is a very well written book with believable characters and a great plot.
Jo Carter left home and swore to never return. She hated her father and the small town she grew up in. Her dreams for her future were in NYC. Although never realized, she finds herself drawn back to her hometown over 20 years later. As a teenager Jo had two best friends. One disappeared during their senior year of high school. The other recently died in a suspicious car accident. She had been receiving letters encouraging her to look for their missing friend (Sam) and she was afraid someone was going to kill her. Now Jo is getting the same letters and a dragonfly pendant belonging to Sam. She’s also been getting threats and someone tried to run her off the road. Is Sam dead or alive? Jo needs to find out one way or another and doesn’t know who she can trust after all these years. I enjoyed the entire book up until the last 1/2 hour when it dove into the paranormal. But overall good story.
Natalie Gold does an excellent job narrating.
HIGHLY RECOMMENDED.
If you found this review helpful please indicate so.
Thank You.

They say you can’t go home but that’s not always true. It’s just sometimes not recommended, depending on what you left behind at home and what parts of your past will be there to greet you. This book was full of aching history, mysteries galore and many lives impacted by a singular tragedy that took place years ago. The narration was impeccable, and the narrator managed to convey emotion and varying voices in a subtle and brilliant way. It gave personality and faces to the characters. I’m a fan of Moncrieff already but this shows how diverse her talent is and how capable she is of writing deeply emotional stories that seep inside your bones.

Excellent Mystery With A Dash Of The Supernatural

J.H. Moncrieff may be best known for her horror works, like her recently released Those Who Came Before or her Ural Mountains creature-feature, Return to Dyatlov Pass, but as her Audible Original Dragonfly Summer proves, she’s more than adept at tackling a straight-up murder mystery.

When she was a teenager, one of Jo Carter’s best friends was murdered. Now, thirty years later, she receives a strange newspaper clipping and news of another friend’s death that urges to return home to Clear Springs, MN. Although Amanda has died in a tragic car accident, it has never been entirely clear what happened to Samantha when they were children. After a series of strange occurrences, and the discovery that Amanda had been investigating Samantha’s disappearance and presumed death, Jo, a former newspaper reporter and war correspondent, is determined to get to the bottom of things and find out the truth about what happened to Samantha.

Dragonfly Summer is positively loaded with plenty of intrigue, small-town mysteries, false leads, and red herrings. Moncrieff layers the story with question after question, leading listeners down a rabbit hole of discoveries that constantly provoke further questions. She also injects a few light supernatural elements into the proceedings, adding yet another level of mystery to the proceedings. Her protagonist, Jo, is nearly every bit a mystery herself as Samantha’s cold case, given her strange, broken memory. Jo had vowed never to return to Clear Springs, although she can’t quite remember why, and the two girls she had been so close to as a teen are people she barely remembers now. Whatever she had done as a young woman, though, has earned her the ire of several Clear Springs residents, and she’s met with hostility at several turns. This is further compounded by other oddities, like the strange notes and packages being left for her.

Worse, still, is the revelation that there are a surprisingly large number of suspects that would or could have potentially caused harm to Samantha, and the investigation into the girl’s death or disappearance has put Jo in the crosshairs of a killer hellbent on keeping the truth buried.

Moncrieff does a fantastic job building suspense throughout the course of Jo’s investigation, slowly pulling back the curtains to reveal the various tragedies that have befallen this small town and those left behind in the wake of whatever it was that ultimately happened to Samantha. The author lines up a number of plausible connections and red flags, peppering in a decent amount of action and hairpin thrills that keep you guessing. This is a solidly crafted whodunit, and Moncrieff seemingly effortlessly keeps the reader engaged and curious.

On narration duties is Natalie Gold, a new-to-me performer, who does an excellent job keeping the book moving and capturing the sense of confusion, loss, bullheadedness, and occasional wonder exhibited by Jo in her quest for answers. Jo’s a strong woman, and having formerly covered the Syrian civil war right from the frontlines, she’s not easily rattled. Gold does a great job capturing her sense of character, making her a familiar presence to the listener, while Moncrieff’s words show she’s not a woman to be trifled with, either. Between the author and narrator, Jo really comes alive as a fully-realized, three-dimensional heroine.

Dragonfly Summer is a deft, surprising, and captivating audio-only mystery, and Gold makes for a perfect reader of Moncrieff’s prose. While this story works perfectly as a standalone one-and-done story, I certainly wouldn’t mind reading another Jo Carter mystery, and I’m certainly one hundred percent all-in on another J.H. Moncrieff Audible Original.