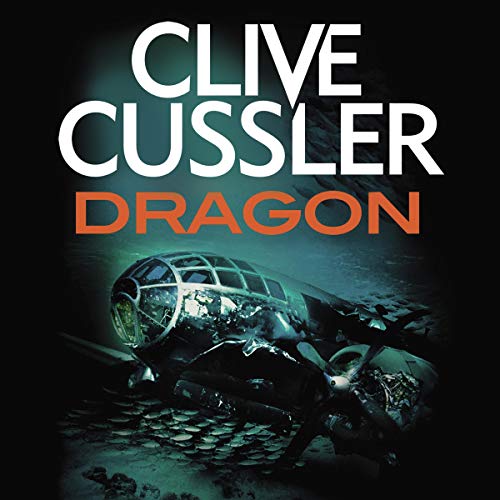 The 10th action-packed thriller in the classic Dirk Pitt series, where the adventurer must foil the deadly conspiracy of a group of Japanese nationalist fanatics.

Buried in the depths of the Pacific Ocean, off the coast of Japan, lies one of the greatest drowned secrets of World War Two - a crashed B-29 bomber that was carrying a third atomic bomb to Japan in 1945.

Its deadly cargo, lost in the sea for nearly 50 years, is at the heart of this classic Dirk Pitt thriller, in which a small group of Japanese nationalist fanatics, dreaming of a new Nipponese Empire, set out to neutralise and blackmail the USA - with nuclear weapons planted strategically in the country's major cities....

A must read or listen. Another great adventure.

Another great adventure with Dirk Pitt . This is another must read or listen experience.

The plot in this story is ridiculous. The science is not even believable science fiction. The writing is mediocre. Tons of exposition is given as dialog, like Clive was writing this to be a script.

Gems:
“A new robodog is currently being reprogrammed.” :/
“Sorry I’m late, but I had to take a dog to obedience school.”

This was a truly tiresome experience.

A magical and thrilling account of intrigue, vivid descriptions an deeply-textured characters.

One of the very best suspense books ever!

Wish Dirk and the NUMA gang coul translate into... SPACE! Work it out C.C. ;)

Loved the twists in this and the performance by Scott Brick. A good summer listen!

Wonderful read and exciting as always. Am always waiting for the next Dirk Pitt adventure

Awesome!! Suspenseful!! Full of action and intrigue!! Most of all the suspense was there right up to the very last 2 minutes. Loved it!

LOVED it. Clive Cussler hits another home run. One of the best reads I've had in a long time. Sorry there won't be more.

Liked information
Too long
Horrible Ending
It was a bad ending of the story with Dirt Pit.

One of the best Dirk pit stories the wife and I have listened to.. Great Work