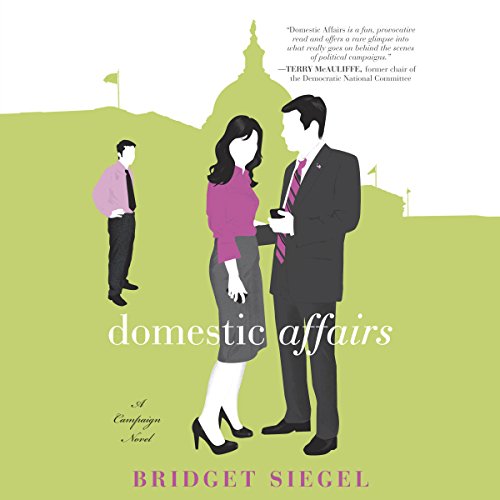 Sex and politics dominate national headlines, but what do these dangerous dalliances look like from inside? Bridget Siegel - veteran of John Edwards' and Barack Obama's presidential bids - tells a provocative, page-turning tale of a talented young woman who falls in love and in bed with the wrong White House candidate. When 20-something fundraiser Olivia Green's good friend taps her to help with the presidential run of her boss, Georgia Governor Landon Taylor, she knows she has just landed her dream political job. Taylor ardently believes in the decency of the American people and the possibility of prosperity for all, including a strong hand up for the working poor. Sacrificing her sleep, comfort, and income to make the world a better place is the obvious call. Right? But what's a girl to do when the man with a vision has the most earnest, captivating blue eyes? And what's a professional on the rise to do when the most charming, erudite, capable, and ostensibly honorable man in the free world wants to take her to bed (but he's married and her boss)?

Domestic Affairs: A Campaign Novel vividly captures the fervor and idealism of campaign life, as well as the emotional heat generated from late work hours, splashy fund-raisers, and exotic fact-finding trips abroad. Ultimately, campaigners must decide how much daily principle gets forsaken for the long-term gain of the country - and the very personal needs of a lonely heart. How does it feel for Olivia to keep the biggest secret of her life from her best friend and coworker, because a news leak could destroy the country's next great hope and break her best friend's trust? How far does one go when the end appears to justify the means?