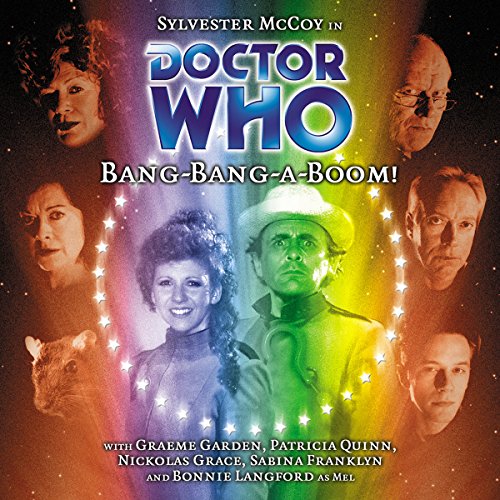 Dark Space 8 - an advanced monitoring station floating serenely among the stars. Its crew - a dedicated and highly skilled group of professionals calmly going about their vital work. Its mission - to boldly host the Intergalactic Song Contest.

With representatives from myriad worlds competing, the eyes of the universe are on the station. But dark deeds are afoot aboard Dark Space 8...and people are starting to die.

The haughty Queen Angvia, the gaseous gestalt Gholos, disposable pop idol Nicky Neumann, erratic Professor Fassbinder and the icily efficient Dr Helena Harcourt ­ all are suspects. Could old political rivalries be manifesting themselves among the contestants? Is this the work of a breakaway terrorist faction? Or has someone just got it in for singer-songwriters? With peace in the galaxy hanging by a thread, it's vital that the mystery is solved ­ and fast!

Can Dark Space 8's unconventional new commander, with the help of his personal pilot, Mel, find the murderer in time to prevent a major intergalactic war? Or will it be nul points for the entire universe?

Written by Gareth Roberts and Clayton Hickman and directed by Nicholas Pegg.