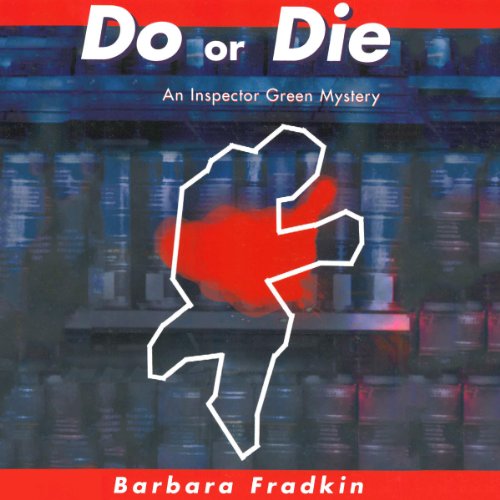 Another freezing winter descends in seeming peace upon the Northern Ontario lake where realtor Belle Palmer lives genteelly with her dog, tropical fishes and classic film collection. But the snow-laden tranquility is tragically disturbed when a good friend is lost in a freak snowmobile accident on an isolated lake. Or so it seems. Belle and others suspect foul play, but a motive and a criminal prove hard to find. Resort owners, anti-environmentalists and the new local drug dealers may all have had reason to want Jim Burian quietly removed, and information isn't forthcoming. Belle is determined to find out what happened to this decent man, but she is shocked when she discovers what twisted roots underlie this savage crime on idyllic northern ice.

A student is knifed in the library of a University in Ottawa. Did it happen because of his love life, his role in the investigation of a possible research scandal or due to his family's circumstances.

I thought the mystery and the investigation were fairly strong and entertaining. The bits that I found maddening involved the characterization and the backstory of Inspector Green and the other detectives. I don't have to have likeable and moral characters in the mysteries I read, in fact the ones I enjoy the most involve shades of gray. Inspector Green however almost seems to have been done by the numbers: Obsessed investigator-- check. Marriage in trouble-- check. Father dying-- check. New baby-- check. He was a total jerk to his wife and she wasn't a strong enough character to stand up to him in any meaningful way. I was rooting for her to dump him by the time the book ended.

The author has written more in this series so I will maybe dip into a later book to see if I'm still as annoyed by Inspector Green's family life as I was in this one. There's potential if the author could just find the right balance.

The narrator didn't really add anything to the book. Competent but uninspiring.

A Good Start to this Series

Where does Do or Die rank among all the audiobooks you’ve listened to so far?

I partially agree with the review above. I've also listened to (or read) a few of the Inspector Green books and yes, in this one Green and his wife Sharon do have an edginess in that sometimes make them hard to like. But I wouldn't omit this book from your listening list because the characters are still in development. Rather I'd say it's essential because it sets the stage for the rest of the series.

"Do or Die" really spells out clearly where they came from (second-marriage stressed-out new parents living in a tiny rented apartment). But they definitely get warmer to each other, and to us. As Green's work ethic, passion for deductive reasoning and pursuit of justice puts his new second family life precariously on the edge time and time again, I found myself rooting for them because I knew, from "Do or Die", how far them came.

Definitely! The plot is murder mystery set in the high brow setting of an cutting edge brain research program on the edge of a breakthrough, complete with all the competitiveness and backstabbing that can occur in academia.

The author clearly did her homework. She navigates through the complexities of research protocol like a seasoned scientist, making the sleuth Inspector Green, (and us) really have to think our way through this case to solve it. Sometimes it got a little convoluted, and I had to double back and listen again. But it really made me appreciate all the thinking the author must have had to do to construct this puzzle of a plot.

And I loved the twist of "missing tie" (I won't reveal more than that) that nearly destroys the investigation! (That moment actually made me gasp).

I thought his dramatizations of Marianne and Henry Blair, who had just lost their son to murder, were particularly moving and vulnerable. They were the most human to me, and I could feel their love, pain and regret as they "confess" all the skeletons in their family closet over dinner with Green.

Kraft's voicing of Mr. Haddad, the protective (some would say fanatical) Lebanese father was also good very believable, bordering on scary. There were a lot of different characters in the book...Canadian-Irish,Yiddish, male, female, young, old. I'm not sue if the accents were all accurate, and some of the policemen sounded the same, but for the most part they were all different enough that I knew who was who.

I have been very moved by other Fradkin books, but this one mostly made me think. My overall feeling was of being impressed rather than moved. I appreciated how well the plot implications were thought out to create a beautiful, complete closure at the end, much like completing a complicated math algorithm. There was a feeling of satisfaction the mystery all sewn up at the end, like I had just turned in my algebra homework and felt good that I figured it out.

I love the "buddy" element of this series. Green and Sullivan are a terrific team, a kind of modern day Holmes and Watson. Green is intuitive and given to wild avenues of investigation, while Sullivan is practical and grounded. Green is intense and self-absorbed and drives everyone crazy, while Sullivan is a hard-working father and man's man with much more balance. But together they more than the sum of their parts, with Green bouncing ideas off Sullivan, and Sullivan bringing him back to earth. And when Green's brilliance finally ends up figuring out "who done it", it's Sullivan who helps him execute his plans effectively (and within proper protocol!).

Sullivan could probably never figure out a case on his own, and Green, though brilliant, is more likely to destroy an investigation with his maverick approach. Whether cooperating by asking complementing questions while interviewing a suspect in the field, or whether butting heads over sandwiches in Nate's Deli, it's the dynamics and chemistry of this odd team that make the book work. And because they have so much respect and care for each other in their friendship, I found myself caring for them too.

An introduction to Inspector Mike Green

I have to say, that it is probably a good thing that the first book I listened to by Barbara Fradkin was The Fifth Son, because I really enjoyed that book, and I liked Inspector Mike Green. He wasn't quite as likeable in this novel.