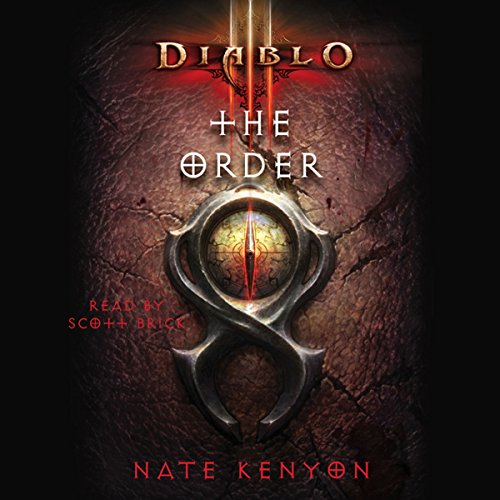 For more than ten years, Diablo has been one of PC gaming’s iconic and blockbuster franchises, with millions of players experiencing to this day all the adventure and terror in the world of Sanctuary. Now, to tie-in with the long-awaited release of Blizzard Entertainment’s all-new game, Diablo III, the original novel Deckard Cain will bridge the untold story of one of Diablo’s most popular characters.

Now a much older man, Deckard Cain is on a mission to find the remnants of a rumored Horadric cell, and must call upon all of his knowledge and wit to teach and inspire those around him even as they face danger and death at every turn. Can he lead the return of a ragtag group of Horadrim and their ideals to Sanctuary...or will they die out with Cain himself?

Was hoping for more

The first part was pretty good and had potential, but the build up to the big fight ended up being a small war of words. They focused on the mental workings of Cain, Without much attention to the fight. Anyone who has played the games know Cain isnt a fighter so I was waiting for a hero to come.

The performance of the narrator, along with the music, is really immersing. The story is full of dark mystery, danger and gore, as is characteristic to the Diablo universe.
I've been a Diablo fan for many years now, and I recommend this book to anyone who is interested in the lore of the series. However, you can still find the book enjoyable even if you never played Diablo.

I really struggled to get though the book. the flash backs were very jarring and it was slow to get started. I contemplated not even finishing the book about half way though (7 hours in) and it didn't get good until about 10 hours in.

You will like this book if you've played Diablo 2 or 3. The book focuses on Leah and Deckard Cain's first adventure. The narrator does a masterful job at bringing the medieval world to life. The story is easy to understand but complex enough to hold your attention.

If you've never played Diablo before you'll still enjoy the book too! The introduction of the characters and their interactions with one another, paint a vivid picture of how the trust and pain of the two protagonists develop into a familial relationship.

This book is excessively violent and while that doesn't put me off, I felt it lacked an element of depth that experienced fantasy veterans crave.

not bad, not amazing.

really had a hard time finishing this book. there was like 2 hours of the 13 hour book that I enjoyed.

A different author and narrator. Nothing could be done to redeem this book. I wasn't expecting much from the novelization of a video game, but this still failed to meet my expectations.

The story was poor, so apparently the narrator decided to inject his own excitement into the story. Every single line that he reads rises in pitch and volume, then fades to a whisper. Rises and fades. Over and over and over. Just listening to a character walk across the street made me feel seasick from the rolling waves of his voice. I'm all for the narrator putting some enthusiasm into the reading, but this was overdone.

It made me want to play the games again.

The story focuses around Deckard Cain, who appeared in the video game series. The author takes a well-known character who ties the whole series together and turns him into a whining, useless old man who spends half of each chapter lamenting how useless he is and what a failure he is. None of the characters in the story are remotely likable. Maybe a good reader could have saved this book, but a bad story and a bad narrator made it so I couldn't even finish listening to it.

BREATH LIKE A THOUSAND ROTTING CORPSES
First let me say I have never played this game. It seems to be a better story if you have, or I sure hope so. I also only listened for two hours, which is all it took for me to know this was a waste of my time. This book just tries to hard. It is way over written. Example: BREATH LIKE A THOUSAND CORPSES. Be honest if you are told some one has the breath of a rotting corpse, does multiplying it by 1,000 make you cringe anymore? It seems also that demons are similar to Bond Bad Guys, as they like to talk more about what they are going to do to you then actually do it. Everything is also Black. The Black Tower, the Black King, etc...

Brick is the perfect narrator for this over the top book.

A storyline to the games worth reading!

The story itself was thrilling. Left me on the edge of my seat. The narrator was great, I've listened to many, a very few better. It was a great match, well done!

the Lord of lies startup