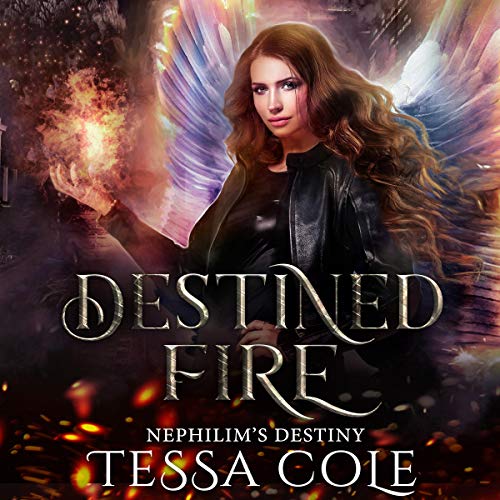 One reckless move could cost her everything....

It used to be easy to pass as human beat cop Essie Shaw. Lay low, don’t draw too much attention. Now I’m hiding in plain sight, working for the JP, praying my teammates won’t notice my non-human magical quirks and figure out I’m a nephilim.

As the magic clawing within me threatens to reveal me, my complicated emotional bond with the team grows: Gideon, whose cold, professional distance cuts me; Jacob, whose mixed messages confuse me; Kol, whose friendship warms me; and Marcus, whose wolf could turn on me.

Thanks to the messy public disasters we’ve barely survived, the Head Office sends in the big guns: Cassius, who’d love nothing more than to rip his brother Gideon’s mating brand from my arm and kick me off the team.

So, no pressure in cracking a ring of vicious magical drug smugglers. But when things go sideways, my magic threatens to expose my secret and cost me the only place where I’ve ever belonged. With the men my very bones tell me are mine.

Destined Fire is the third book in the Nephilim’s Destiny series, an action-packed full-length paranormal romance with four irresistible guys and a kick-ass heroine who doesn’t have to choose.

I’ve always been a fan of the series but the voice actors are fantastic in bringing Cole’s story to life. If you liked reading the books, you will love the audiobook. Can’t wait for the next one!

Gideon’s brother Cassius comes to investigate the team, particularly Essie, but the drug case that was in the background previously takes center stage. The story moves quickly and relationships develop further.

Ends on a cliff hanger