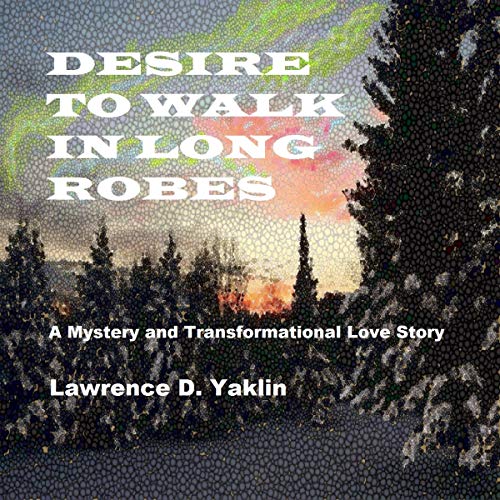 Desire to Walk in Long Robes: A Mystery and Transformational Love Story

Michael Jacobs is a divorced father of two. He is struggling to pay the bills and seek a direction, while he tries to avoid falling into anxiety and depression. He has always had a shoot from the lip and let the words fall where they may attitude. Along with that, his outward rebellious stance against religious norms has always left him on the outside of them. But this time, by biting his tongue and going along with the “program” for financial security, he has found himself in a regrettable workplace and church quid pro quo.

His "30 pieces of silver" goes against every principal he has learned as witnessed firsthand as a child and from the writings of his family history - which he discovered preserved in a set of inherited cookbooks. Worse yet, his conundrum threatens to drag his daughters into the same religious conformities against which he has always fought so hard.

Julie Douglas, much the opposite, has rarely stood up for herself, choosing to go along with everything to please others and to “fit in”. With that approach, her past decisions resulted in painful consequences and a grief that she has buried deep within her.

On the eve of the Christmas season, can these two dispirited co-workers overcome troubling conventions of their religion, investigate an unraveling secret plot at work - which will force them to contemplate one of the greatest mysteries of Christianity, and turn their blossoming workplace friendship into a full romance with its prospects of a transformational love?