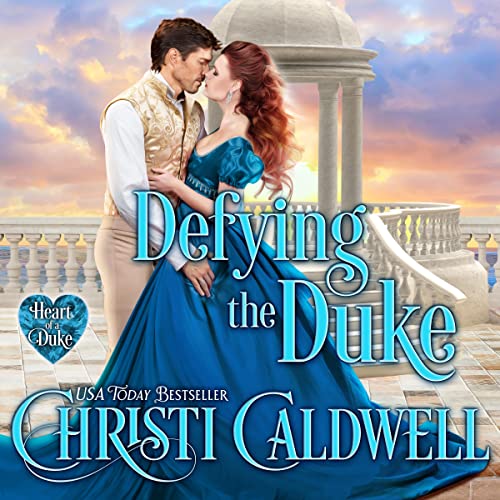 Bookish and spirited Lady Lettie Brookfield is firmly on the shelf. The last thing she wants, however, is to spend the rest of her days as an unmarried sister, dependent upon her family’s charity. Accepting she won’t have a love match, she finds herself coming around to the idea of marrying the only suitor she’s ever had..that is until she's suddenly reunited with her brother's former best friend, the brooding, formally charming, Anthony, Duke of Granville.

Years earlier, in an unselfish act intended to save his friend, Anthony committed an unforgivable betrayal, one that severed his friendship. Now he’s a duke and must fulfill his obligations. The last woman he has any right to long for is his former best friend’s younger sister, Lettie.

All-grown-up Lettie is passionate, quick-witted, and desirable, and it isn't long before Anthony falls for her, the very last woman he should consider marrying. Will past betrayals keep them apart? Or is there a path to a new beginning with Anthony and the only woman he truly loves?