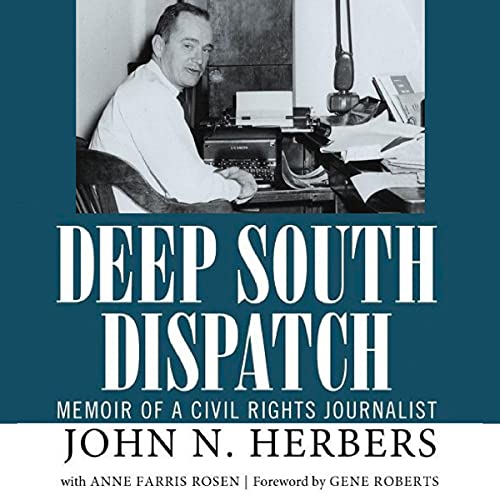 Herbers' reporting began in 1951, when he covered the brutal execution of Willie McGee, a Black man convicted for the rape of a White housewife, and the 1955 trial for the murder of Emmett Till, a Black teenager killed for allegedly whistling at a White woman. With immediacy and firsthand detail, Herbers describes the assassination of John F. Kennedy; the death of four Black girls in the Birmingham, Alabama, church bombing; extensive travels and interviews with Martin Luther King, Jr.; Ku Klux Klan cross-burning rallies and private meetings; the Freedom Summer murders in Philadelphia, Mississippi; and marches and riots in St. Augustine, Florida, and Selma, Alabama, that led to passage of national civil rights legislation.

This account is also a personal journey as Herbers witnessed the movement with the conflicted eyes of a man dedicated to his southern heritage but who also rejected the prescribed laws and mores of a prejudiced society.

“John made a lasting contribution to the movement and to America.” (Congressman John Lewis)

“John Herbers has always been one of our heroes.” (Cokie Roberts, bestselling author and commentator for ABC News and NPR)