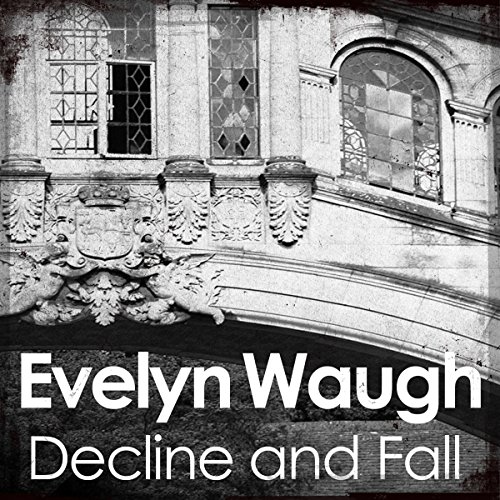 Expelled from Oxford for indecent behaviour, Paul Pennyfeather is oddly unsurprised to find himself qualifying for the position of schoolmaster at Llanabba Castle.

His colleagues are an assortment of misfits, including Prendy (plagued by doubts) and Captain Grimes, who is always in the soup (or just plain drunk). Then Sports Day arrives and with it the delectable Margot Beste-Chetwynde, floating on a scented breeze.

As the farce unfolds and the young run riot, no one is safe, least of all Paul. Taking its title from Edward Gibbon's Decline and Fall of the Roman Empire, Evelyn Waugh's first, funniest novel immediately caught the ear of the public with his account of an ingénu abroad in the decadent confusion of 1920s high society.