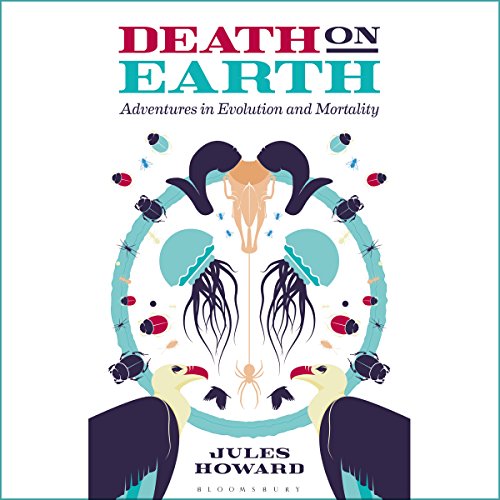 As you read these words, planet Earth teems with trillions of life-forms, all going about their own business: eating, reproducing, thriving.... Yet the life of almost every single organism draws nearer to certain death. On the other hand, "suicide" inside the mitochondria that live within us results in the death of millions of cells each second for our own good! Why is death such a universal companion to life on Earth? Why haven't animals evolved to break free of its shackles?

In this wide-ranging exploration of death, Jules Howard attempts to shed evolutionary light on one of our biggest and most unshakable taboos. He visits a salon that's trying to abolish our queasiness over talking about death. He also looks to the nematode, one of the most basic of life-forms, for clues about why near starvation actually can prolong life. Encountering some of the world's oldest animals and meeting the scientists attempting to unravel their mysteries, Howard also comes face-to-face with evolution's outliers - the animals that may one day avoid death altogether.

Written in an engaging style, Death on Earth's journey ends with the inevitable questions: Can we ever become immortal? And if we could, would we really want to?