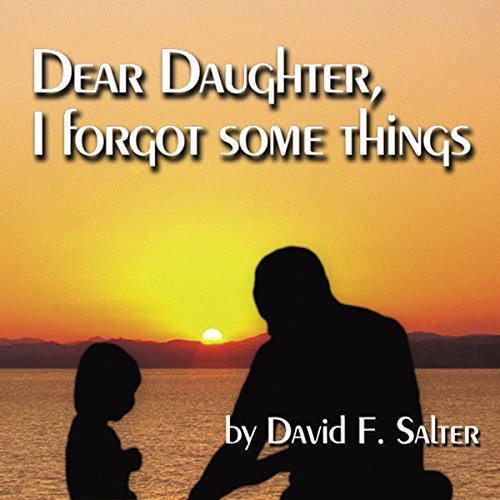 Dear Daughter, I Forgot Some Things

Your daughter's just turned 13 and, in her eyes, you've become as smart as a box of hammers. Talking to your teenage daughter can raise more emotions than helping your wife select draperies for the guest bathroom. But it's got to be done.

A recent study shows nearly half of teenagers have had intercourse before age 18. An estimated 10 million girls and women in America suffer from an eating disorder.

In a series of letters to his teenage daughter, Salter discusses a number of critical thoughts that fathers need to share with their teenage girls. This is not a "how-to" primer from a child psychologist. It's a candid conversation from a regular dad who wakes up every morning with three girls fighting for the bathroom, the hair dryer, and the "good" hairbrush.