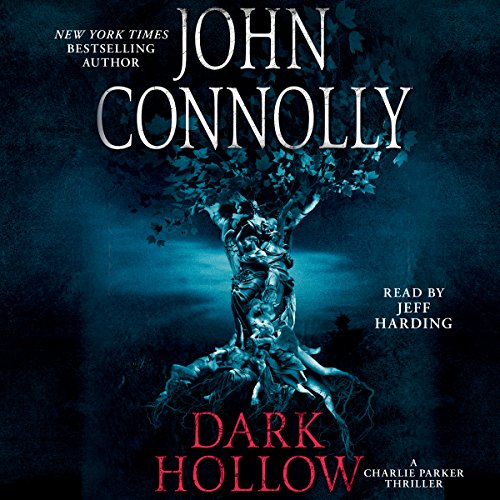 When John Connolly burst upon the literary suspense scene in 1999, he was an immediate international sensation. His Every Dead Thing became an instantaneous best-seller in England, and here in America, his writing was greeted with extraordinary accolades. He won the prestigious Shamus Award for Best First Private Eye Novel, and, as the San Francisco Examiner wrote, "John Connolly's tale is as riveting and chilling as Thomas Harris's The Silence of the Lambs and James Patterson's Kiss the Girls."

Now, Connolly returns with Dark Hollow, a terrifying and ingenious novel of a murderous spree that reaches back decades into the victims' pasts. Back again is ex-New York Police Detective Charlie "Bird" Parker, who has returned to his hometown of Scarborough, Maine, after the vicious killings of his wife and daughter; it is time to leave the bloodstained streets of Manhattan and rebuild his family's house - as well as his own life. But for Bird, returning to his roots means digging through a mountain of terror, as memories of his father's and grandfather's untimely deaths resurface and drive him to join the manhunt for the killer of yet another mother and child. Though the obvious suspect is Billy Purdue, the violent former husband of the murdered young woman, another player lurks in this disturbing drama, someone entangled in the dark hollow of Bird's past.

Darkly atmospheric, tense, and imbued with the pause register ferocity that only the finest crime fiction offers, Dark Hollow is a stunning successor to Every Dead Thing, a testament to the burgeoning power of John Connolly to tell stories that thrill, frighten, and haunt the soul.

The story has some really thrilling moments, and those moments are very well written. The fore mentioned moments are few and far in between, but consider the source on this review because I really like rapid fire action books that don't give my mind the time to drift.
This murder mystery has lots of false or non clues, plenty of blood letting and violence with guns and knives, and maybe ritual killings, oh well if you are really curious check it out.
Oh I almost forgot ... It took me 4 days to plow through this book, and I must be the idiot because all the other reviewers seemed to love it..,,the last three chapters are very good

a great listen the

Slow start for me, but after a couple chapters I got the flow going and was tough to leave lie for any amount of time. a
Action packed. suspenseful, fast paced , some sad moments but with some great humor interjected at the right times. Jeff Harding is a great narrator as well. The man of many voices.

I could do without the romance

I really do not like when male readers do women's and children's voices. It's never convincing, and a bit disturbing.

Excellent holds you interest all the way through!
You take your Kindle every where you go to see what is going to happen next.
The narrator keeps thrilling you through every chapter.

Another gripping story that captures the spirit of the first with equal measure. The story flows out of the first seamlessly with references to events from it that remind us of why we enjoyed "Every Dead Thing" so much. Excellent, dramatic Narration.

So we'll done. Macabre and amazing, loved it. Second time read and just as good.

Why punish all of America? Same as the racism you are protesting. I was horrified by Current events also.

This book kept me interested from page one. I liked Charlie and hope there are more stories about him.

Well, they leave something to be desired. I’m sure this tale is a good one. I enjoyed the first, but this one is painful and the narrator isn’t, in my opinion only, not a good match.

A great story and reader continues the series

Connolly uses beautiful language to tell his story. Carlie Parker is a one of a kind character full of pain and contradictions. Dark Hollow is a sad story that continues the gritty series featuring Charlie Parker and his crew of deadly friends. What a story.