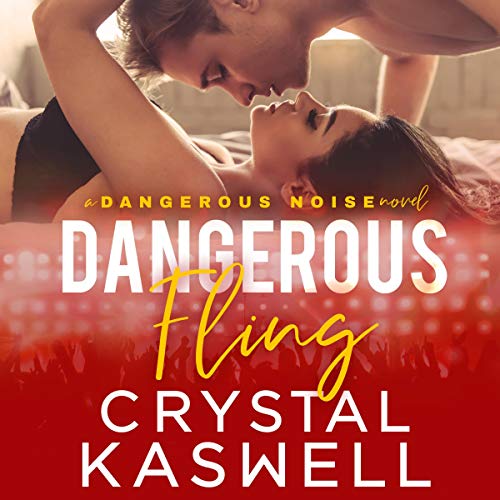 He's her rock star crush and he's offering to make all her dreams come true....

Rock star Malcolm Strong is used to being in control. Of the band. Of his feelings. Of the woman he has tied to his bed. He never gets close enough to get hurt. He never wants to.

Until Lacey. The sassy brunette is working on the band's latest music video. Which means he shouldn't be picturing her naked. Spread eagle. Screaming his name. He doesn't mix business and pleasure, but there's something about her quick wit and her soft curves -

Mal has to have her.

Lacey Waltz is dreaming. That's the only explanation for a six foot three, inked up, rock star sex god offering to be her f-buddy. And not just any rock star. Mal. The guy with the piercing blue eyes and the breathy, tortured voice. The guy who's poster hung on her dorm room wall for three years straight. The guy she thinks about every night when she...ahem.

Friends with benefits sounds perfect. The last thing Lacey needs is more heartbreak. But how is she supposed to be casual with the man she's been fantasizing about for the last four years?

Dangerous Fling is a standalone romance set within the Dangerous Noise series.

I loved Dangerous Fling. I especially liked that the narrators each spoke their own lines no matter which character's POV you were listening too. Malcom has been my favorite Dangerous Noise hero and Lacey is just adorable. I hope you enjoy listening to Dangerous Fling as much as I did.

Malcolm is the vocalist for the rock band Dangerous Noise and the leader of the group. He is used to being in charge of his siblings from a young age because his parents have traveled for work. Malcolm likes to be in charge, especially in the bedroom. This gives us some hot scenes and Wen can make you melt with his deep sexy voice as he portrays Malcolm so well. Lacey is working on set with Malcolm's music video and they have instant attraction. They try a friends with benefits relationship but life and feelings get involved and they find themselves moving closer and closer. Kai does a great job with Lacey and it was one of my favorite books of the series.

Saved the best for last

I loved getting to read this book but getting to hear Kai and Wen narrate it was yet another slice of Heaven for me. They are my preferred narration team and they did this book and series proud.

Mal was my favorite character in this series and I really enjoyed the emotional rollercoaster we rode to get him to his HEA.

I was so excited to finally get to Mal's story. He's so serious and stoic, I couldn't wait to see him let loose and have a little fun. It was really interesting getting into why he is how he is. How he was in charge of every one else and then nothing. I imagine he feels the same way parents do when their kids go off to the world, but at a much younger age, and at the same time, still being a little boy who wants his family back together, and wants to feel part of something. Even though he doesn't &quot;do relationships&quot;. He is nothing but relationships. His whole world is people he loves and he takes care of. It just takes him awhile to realize it!

Lacey, I had a bit of a hard time liking in some ways. I felt her and Mal's chemistry was super hot, but the whole thing with the ex-bf Adam, irritated me. But, at the same time, I understood it and completely supported her choices. I don't know why I'm so back-and-forth with her. I think maybe that is part of Crystal's writing. None of her heros or heroines are perfect. In real life, you don't like every part of someone, even if you love that person. I think that comes across.


And as always, Wen and Kai do a spectacular job. Since this is the 4th book of the Dangerous Noise series, it really shows how amazing Wen is that the voice he gave to Mal in Book 1 is the voice of Mal in Book 4. And when all the guys are together, you can really hear the difference in the voices and know who is speaking. And Kai does a fantastic job as Lacey. The excitement, the doubt, all of it comes across and I was right there with her. Even the whiny parts were done in a way that I understood Lacey needed to whine, but I didn't wanna smack somebody because of a whiny voice! That is talent!

Finally we have Malcolm's story! He has been the mysterious older brother and lead singer in the other three books and finally we learn more about him. Lacey is the strong sexy filmmaker that brings him to his knees! Loved their chemistry can't to read more about them in future books.

Kai and Wen did a fantastic job with this audio. Well done!

Wow, just wow. This is the 3rd book in the series and I could not put it down. I loved Mal and Lacey's story.They meet when while working on a music video. The sexual tension between them was electric. Lacy knew who Mal was due to she was a fan of his. Mal want's Lacy but she has been hurt and does not want to go down that road again.Will she give in and be with Mel for a friends with benefits or will she just remain on a friendly basis. You will need to read the book to find out. The entire series was great.

Kai Kennicott and Wen Ross are a panty melting duet. They really have brought this story up front and to life. I loved it!