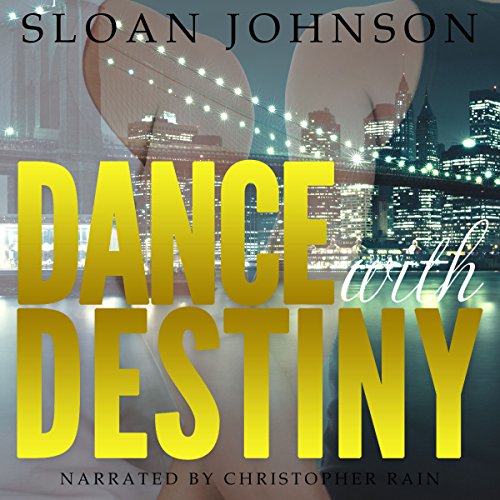 Tony DeLuca has to get to New York, nor'easter be damned. His older sister is getting married, and it won't matter to her if the entire East Coast is shut down if it means she's short a groomsman. She's the only reason he's willing to make the trip home to face a father who's never forgiven him for wasting a perfectly good degree to become a firefighter. And that's only the tip of the iceberg when it comes to everything about Tony that his father will never accept.

Dominic Tricoli's living his dream. He's spent the past few years working to mesh his business degree and love of the outdoors into a thriving company, providing team-building retreats for some of the country's largest corporations. Unfortunately there's a price to pay for happiness, and having someone to come home to at night is the sacrifice Dominic made.

When Dominic overhears Tony's plight, he's drawn to help the man get to New York City. Little does Dominic know that one kind gesture will awaken a side of him he's ignored for far too long. Against his better judgment, he gives in to his desires and Tony's advances. Just for the night.

When destiny steps in, giving him another chance with the charismatic man who saved his hide, Tony's willing to do whatever it takes to earn Dominic's forgiveness and understanding. There may not be forever, but Tony's determined to enjoy every single minute he's given with Dominic.

You can't fight fate. Whatever's meant to happen eventually will.

I don't understand how supposed professionals make so many mistakes.

The wrong emphasis was continually placed on the wrong syllable or word:

"bro code or SOME shit"

What disappointed you about Dance with Destiny?

I listened to the entire book only because it was a good story....the narrator did not only miss the proper parts to ennunciate, he missed the pronunciation of the words.. omg...thank goodness it was a great story

What was one of the most memorable moments of Dance with Destiny?

It was an awesome story of second chances, love and committment

Would you be willing to try another one of Christopher Rain’s performances?

None of the above....joy, love, forgiveness for the story...the performce, well you know how I feel about the performce...it could not be any poorer!

NEVER USE THAT PERFORMER FOR ANOTHER GREAT BOOK...SHODDY BOOKS YES BECAUSE NO ONE WILL PURCHASE EITHER WAY...I WILL NOT PURCHASE ANOTHER BOOK THAT HE NARRATES EVEN IF ITS GOOD....I AM THE SAME WITH WITH MAX LEHMAN...HE IS POOR PERFORMER AS WELL

overall I really enjoyed the book, I liked how the relationship developed. I don't like how it ended tho, not that it ended bad but for me I wanted to know more. I for the most part I really enjoyed Christopher Rain's narration however like others have stated he does mispronounce some words and it throws you for a second but it didn't take away my enjoyment from the book. I would listen to both Sloan Johnson and Christopher Rain again.

The story was good, well written however the narrator needs to brush up on the English language before performing on audio books, mispronunciation of simple words is inexcusable.

Good story - a little too Real

This author is actually very good and the story Well written. The story feels a little long because it starts of as of u only have Two hours to get to the happy Ending and Then it surprises you again and again when you Think it is about to be wraped up. There are a lot of emotional bagage involved - but it is not over the top. Its a little hard to explain but even though the story May not be quite believable the emotions portraited in the story make it Real. There is no Real drama because even the Big things that happens are dealt with with normal actions and not over the top drama. Being a Big fan of DRAMA and GFY stories it isnt really my cup of tea but that is not the same as it being a bad story. The narrator is ok - he has some moments where he is very anoing and tends to talk for everyone except the MCs like he has a potato in his mouth - lucky there are very little interaktion with
Many People and this Can be ignored

Would you consider the audio edition of Dance with Destiny to be better than the print version?

What was one of the most memorable moments of Dance with Destiny?

Would you be willing to try another one of Christopher Rain’s performances?

No. He ruinrd the story.

Who was the most memorable character of Dance with Destiny and why?

All of the characters eere remarkable. Writing was magmificent

The blurb gives you the plot and I can't add any more to that without writing spoilers. The best thing to know is I had a lot of fun listening to the bride, the mothers and of course the lovers.

I really enjoyed this book. It had lots of laughs and romance as well as twists and turns. The only issue I had was some of the parts of the story didn't go deep enough and seemed a little stilted. The Narrator did a good job with distinct voices.

I loved this book! I finished it on my road trip! Christopher Rain makes both Dom and Tony's love so real. I was pulled into the story and could visualize the characters interactions like I was actually watching it. Sloan Johnson created wonderful characters and an intriguing story that I couldn't stop listening to. Christopher Rain brought them to life with a sexy voice. I can't wait to see more books by both parties.

Great story. It needed a better ending however it was acceptable . Narrator told the story in various voices and seemed enthusiastic! I hope a novel will explain their future. I enjoyed it
Very much.