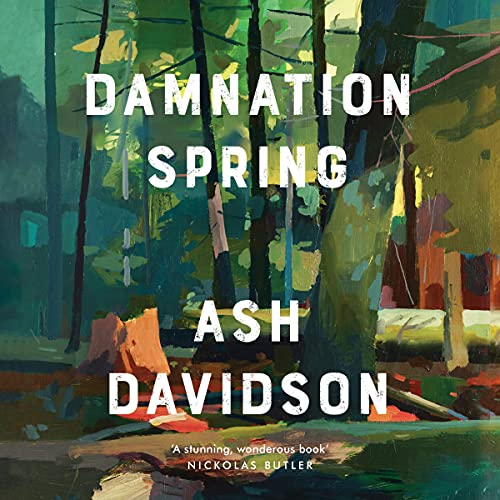 For generations, Rich Gundersen's family has made a living felling giant redwoods on California's rugged coast. It's treacherous work, and though his son, Chub, wants nothing more than to step into his father's boots, Rich longs for a bigger future for him.

Colleen just wants a brother or sister for Chub, but she's losing hope. There is so much that she and Rich don't talk about these days ­- including her suspicions that there is something very wrong at the heart of the forest on which their community is built.

When Rich is offered the opportunity to buy a plot of timber which borders Damnation Grove, he leaps at the chance - without telling Colleen. Soon the Gundersens find themselves on opposite sides of a battle that threatens to rip their town apart. Can they find a way to emerge from this together?

"Ash Davidson reminds us that we are never more profoundly shaped by our environment than when we destroy it. Nearly every page left me in awe." (Anthony Marra, author of A Constellation of Vital Phenomena)

"Probably the best novel I'll read this year. It's about work and love and characters who ring true. By the time I was 50 pages in I couldn't put it down. Can't stop thinking about it." (Stephen King)