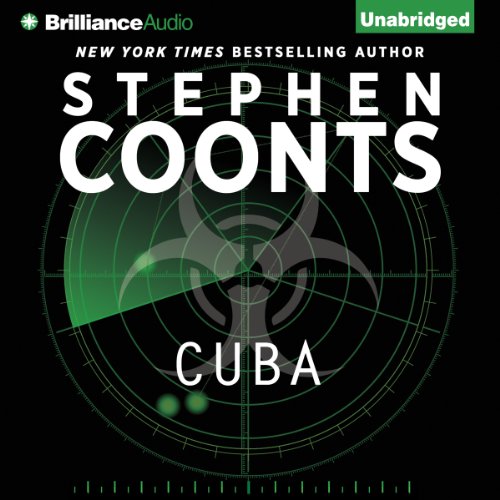 The hero of six New York Times bestsellers by Stephen Coonts, author of Flight of the Intruder and Fortunes of War, returns as the United States and Cuba engage in a terrifying game of brinksmanship, a gamble that could break the last military taboo and destroy both countries.

In Cuba, an ailing Fidel Castro lies dying. Across the Straits of Florida, an anxious US awaits the inevitable power struggle, determined to have a say in who controls this strategically invaluable island. And the American President has an added reason for concern: An Arms Control Conference has just begun in Paris and, unbeknownst to either the American public or Cuba, the US has hidden secret weapons inside the American base on Cuba's Guantanamo Bay. But no secret remains one for long, and when one of the Cuban factions finds out about the weapons, the excitement begins.

Only Admiral Grafton, on an aircraft carrier off the coast of Cuba, knows the impending danger. Only Grafton can save America from a disaster that would make the Bay of Pigs look like child's play. In Cuba, Stephen Coonts captures the ominous feel of a tropical powder keg about to explode in a novel filled with the action and drama for which he is famous.

Cuba was first released in 1999 so the events in it are a bit out of date, but that's true of Soviet era espionage thrillers. This book is set in the post Soviet era of the late 1990's. The subject is weapons of mass destruction including biological and nuclear.

This is the 7th Book in the 11 novel Admiral Jake Grafton series (the most recent is not available n audiobook format). Cuba also introduces Tommy Carmellini of the CIA who Coonts went on to make a series of his own. Most of the Tommy Carmellini series also includes Jake Grafton.

Stephen Coonts has never achieved the fame of Tom Clancy, but his books are as good as Clancy's.

Very good like the rest of Coonts' books I've read

I've read or listened to quite a few of Coonts's books over the years and they've been great. The only problem with this book is Castro was killed earlier in the Jake Grafton series so that was weird but doesn't effect the story.

How many times is Castro going to die

Castro died in under siege, how many more times will he die in this series???