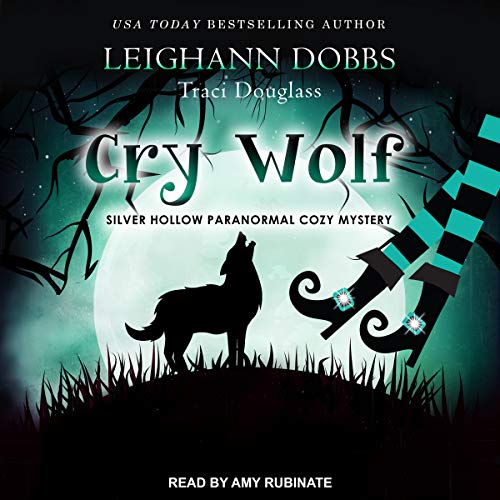 A mysterious death brings Deputy DeeDee Clawson to the scene of a movie being filmed at an old mansion in Silver Hollow. Tucker Rockwood, the star of the movie, is found dead, a stake through his heart. Lots of people might have wanted to kill Tucker, but when DeeDee's investigation points in the direction of the movie's producer, Caine Hunter, she thinks she has her man.

As if investigating this murder isn't enough, DeeDee has something else hanging over her head. As the daughter of a werewolf pack leader, she has agreed to an arranged marriage. She hasn't even met her intended yet, but she's already starting to regret her agreement to enter into a loveless marriage...especially when her feelings toward Caine turn from suspicion to romance.

Caine Hunter has been smitten with feisty Deputy Clawson since day one, but since DeeDee seems determined to arrest him for murder, he's pretty sure the feeling isn't mutual. Yet, he can't help but sense DeeDee is fighting an inner attraction to him she won't admit even to herself. Too bad that once she discovers his secret, she'll want to have nothing further to do with him.

As the investigation heats up and DeeDee's wedding day approaches, she turns to her four close witch friends, the Quinns, and their quirky familiars. There's only one way to get out of the looming marriage without risking being ostracized by her pack, and Gray Quinn is the only person who can help.

But when things take a dangerous turn with a surprise twist, will DeeDee risk it all and discover love can be even more powerful than magic?

The authors’ storyline was original and the characters were developed and made them seem more like friends. The narrator gave a splendid performance giving each character their own distinct voice. I highly recommend this to cozy mystery fans.