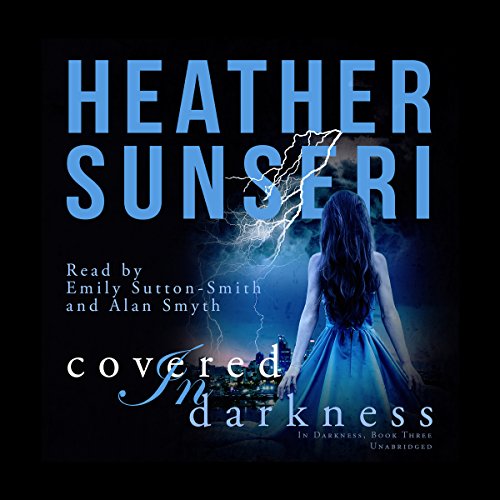 Now the director of the Kentucky Office of Homeland Security, Brooke Fairfax has one objective: stay on top of all threats to the people and property of the Commonwealth. The position is thankless and never-ending. It even pulls her out of Declan O'Roark's bed in the middle of the night.

A power grid failure has struck Kentucky's largest city, and Brooke assumes the role of lead coordinator for the investigation. The power outage pushes the city to the brink of chaos. Police, fire, and rescue workers are overwhelmed - their efforts crippled by failed communication systems, looters ransacking businesses, hospitals running on emergency generators, and people desperate to find safety in a city quickly eroding into lawlessness.

While experts scramble to restore the grid before thousands lose their lives, Declan receives word from an intelligence contact that an Eastern European cell of cyber terrorists is looking to take down the power grid for the entire Eastern Seaboard. Brooke and Declan must combine their efforts before the next attack. But just as they get close to the truth, the attackers turn their attention on stopping their greatest threat - Brooke and Declan.

I have enjoyed this series. I do believe that Brooke is a little annoying. She makes really poor decisions that the reader is expected to overlook because her reasons are noble. For someone who was trained with the FBI, she lets lots of people sneak up on her and can’t get to her gun in a timely matter. The situations she gets herself into are so obviously going to go wrong, that it gets hard to listen to. Like come on, you’re smarter than that. The storyline is good. I wish she would land the plane about Teddy’s death and finally find Romeo.

Love the story. Love the series. But what I don’t understand why the character is Dimitri has a cultured British accent when Emily Sutton-Smith reads but when Alan Smyth narrates the character has a New England accent. That was hard to get past.

New Author for me

LOVE IT!! Love the story line…love the edge of my seat drama!! Wasn’t to crazy about the make narrator-but he grew on me lol but the female (Emily Sutton-Smith) is one of my favorites!!
I’m on book 4. Just started….changed narrators again. STOP THIS!! This is like changing a character half way through a movie.
But I love the story line. I’m a fan of series….and this is great!!

Enjoyed the series! Growing up in South Eastern KY and living currently 29 years in Central KY, I felt some of the voices of the locals had too strong of a southern draw. I have only listened to a few audible books where they actually get the KY accent on point. Overall, love supporting KY authors and this genre. Love your podcast, KY Fried Homicide too!

Frustrated. Brooke is not the smartest agent

Her cop senses come up short. I find it very frustrating that Romeo is a magician and she haphazardly and naively gets dooped time and time again. She is supposed to be this great agent, but she is dense. This book was very frustrating. She behaves like a rookie that grew up in Mayberry.

story line not as captivating

the story line wasn't as captivating as the first book in the series. It picked up in chapter 6 so I did listen to the rest of the book.

I like the story and narrator, but sometimes it's just ridiculous. For someone who is supposed to be good at what she does she has no sense of self preservation. Sheesh

Just finished my third book of four (?) in the Brook Fairfax series. The writing is interesting, suspenseful, and the main character is a tough woman who is always tangled up in some sort of trouble. Both female and male narration are excellent; voices suit the characters well. Declan = dreamy Irish badass 😍😂 love that these are set in KY and have connections to the Thoroughbred industry! Highly recommend!

great read with the exception...

I'm sure folks who are native to Louisville cringed at the prounucion of their city
I'm not from there, but do know how natives there expect Louisville to roll off the tongue. I think one just has to pass through one time to be corrected by a local as to the correct way to say Louisville.
so, great narration, with the exception of pronouncing the city.

Dyeing to fine out who Romeo is. He's some superhero knows all and tells all. the robotic voice seems to be getting worst. or maybe she just drove me crazy! Now the male's voices are getting jumbled up. what is with the Jersey accent