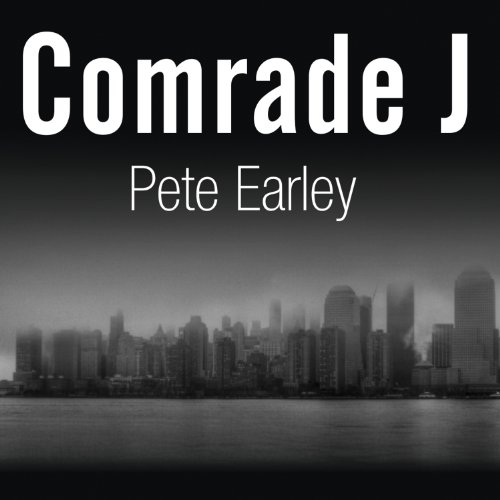 Spymaster, defector, double agent....Here is the remarkable true story of the man who ran Russia's post-cold-war spy program in America.

In 1991 the Soviet Union collapsed, the cold war ended, and a new world order began. We thought everything had changed. But one thing never changed: the spies.

From 1995 to 2000, a man known as "Comrade J" was the highest-ranking operative in the SVR - the successor agency to the KGB - in the United States. He directed all Russian spy action in New York City and personally oversaw every covert operation against the United States and its allies in the United Nations. He recruited spies, planted agents, penetrated security, manipulated intelligence, and influenced American policy - all under the direct leadership of Boris Yeltsin and then Vladimir Putin. He was a legend in the SVR, the man who kept the secrets.

Then, in 2000, he defected - and it turned out he had one more secret. For the previous two years, he had also been a double agent for the FBI.

He has never granted a public interview. The FBI and CIA have refused to answer all media questions about him. He has remained in hiding. He has never revealed his secrets. Until now.

Comrade J, written by the best-selling author of Family of Spies and The Hot House, is his story, a direct account of what he did in the United States after we all assumed the spying was over - and of what Putin and Russia continue to do today. The revelations are stunning. It is also the story of growing up in a family of agents dating back to the revolution; of how Russia molded him into one of its most high-flying operatives; of the day-to-day perils of living a double, then triple, life; and finally, of how his growing disquiet with the corruption and ambitions of the "new Russia" led him to take the most perilous step of all.

Many spies have told their stories. None has the astonishing immediacy, relevance, and cautionary warnings of Comrade J.

Some Inaccuracies, but still good

Of particular interest from the US point of view, the book reveals that for three years before his defection in October 2000 Tretyakov worked for the FBI, providing details of residency operations and personnel. Ten months before his defection, the FBI encouraged him to leave but could not tell him the reason: it was hunting a mole who might learn about him. When Tretyakov's defection became public on 30 January 2001 and Robert Hanssen was arrested on 18 February 2001, the press presumed Tretyakov was the one who gave him up. The FBI assured Earley that this was not the case.

Finally, as with all unsourced defector memoirs, one must deal with the question of accuracy. In this case, the narrative contains two technical errors worth noting: (1) reference to Tretyakov as a double agent is incorrect, and (2) the statement that the CIA calls its employees'agents is wrong. Recognizing that independent assessment of Tretyakov's story is desirable, Earley includes a chapter with comments from a high-ranking US intelligence official that addresses the kinds of material Tretyakov provided and affirms that it included names and saved American lives. Further detail is attributed to other intelligence sources, as, for example, the fact that the bug planted in the State Department conference room in the late 1990s had a miniature battery recharged with a laser beam. If correct, someone would have had to have line-of-sight access to the battery, but no comment is made on this point.

In the end, although Earley has provided another well told espionage case study, he leaves the curious hoping for a second volume containing more details of Tretyakov&'s work for US intelligence.

It seems that I always have a few constants going on in my life. One, I can usually be found in a few well-known places – my apartment, work, church, or somewhere in between. Two, I usually have a book or audio book somewhere near my person. So is true right now.

For the past couple of weeks, I have been listening to Comrade J: Secrets of a Russian Master Spy (Pete Earley) and it is brilliant. If you like James Bond, cloak-and-dagger stuff, but in reality-not Hollywood’s version, then you will love this book. I personally have been listening to it and the author pulls you in with the stories of how our intelligence business (domestic and foreign) operate. Anyone can be a spy. Some assets that Russia turned barely new they were spying for them. The book brings you inside the bowels of Russian KGB during the Cold War and then shows you how certain parties took power in Russia and utilized their trusted contacts to gain intel on the US, Canada, and many other nations. The deals that were struck between Iraq and Russia and the millions (if not billions) of dollars diverted for personal gain. In the end, it was Master Spy who defected and turned Russian intelligence on its head.

If you are looking for a great read, look no further than Comrade J.

A very interesting and well-written account of the life of a once-loyal, but increasingly disaffected KGB agent. Tretyakov, a member of the Soviet elite, a dedicated covert apparatchik, and a sympathetic family man faces choices in the post-Cold War world that make for interesting reading. Earley tells the story with his usual combination of thoroughness and dramatic flair. He does not shy away from questioning some of Tretyakov's more outlandish claims. Prichard's narration is crisp, clear, and professional. I enjoyed this book very much.

buy this book. great insight into the russian gov't....loved it ...learned alot

This is an amazing insider look at KGB agent's life working in the USA and Canada. Pete Earley has a sparse, journalistic attitude to the material which really helps bring all the crazy details to light.

For anyone who's as fascinated by the inner workings of the cold war as I am, this is a must read. Easily the most interesting book on espionage I've ever come across. Great stuff!

The Russians are still coming

Here's a work that shows how naive Americans are about the intentions of the Russian state, especially under Vladimir Putin. After Gorbachev and the fall of the Berlin Wall, the Russians were suddenly our friends. Think again. There's a reason why Putin, a former high-ranking KGB officer, still runs the show. This is an excellent story, well told and well-narrated. Strongly recommended for anyone with an interest in current affairs.

Informative, if not very exciting

It was an ok use of time. It helped me get a better general sense of what a Russian agent in the US actually does, and what are the day-to-day challenges and frustrations. It also gave some sense of how the KGB and its successors work/ed (e.g. its agents were trained, how centralized things were, how the truth did not always matter to upper management).

Great reality check. This courageous man is a better American than most of us. I wish them well...

Good book. Very telling about Russia. Earley always writes good books that are informative and interesting to read. Much recommended .