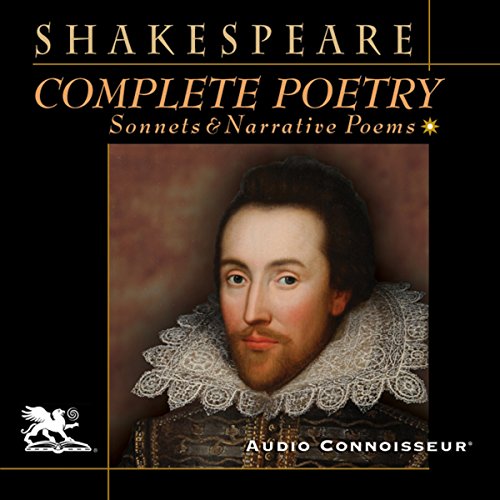 The sonnets are a collection numbering 154 poems dealing with themes such as the passage of time, love, beauty, and mortality. They were probably written over a long period of Shakespeare's life up until 1609, when they were first printed. The first 17 poems, traditionally referred to as the "procreation sonnets", are addressed to a young man urging him to marry and have children in order to immortalize his beauty by passing it on to his descendants.

The other sonnets: express the speaker's love for a young man; brood upon loneliness, death, and the transience of life; appear to criticize the young man for preferring a rival poet; express ambiguity toward the speaker's mistress; and make a pun on the poet's name. The final two sonnets are allegorical recreations of Greek epigrams referring to the "little love-god" Cupid. Shakespeare's sonnets were strongly influenced by the Latin poet Horace.

In 1593 and 1594 the London theaters were closed because of plague. Shakespeare turned to poetry and published two narrative poems on erotic themes, "Venus and Adonis", and "The Rape of Lucrece". In "Venus and Adonis", a youthful Adonis rejects the sexual advances of Venus; but in "The Rape of Lucrece", the virtuous wife Lucrece is raped by the lascivious Tarquin. Inspired by Ovid's The Metamorphoses, the poems show the guilt and moral confusion resulting from uncontrolled lust. A third narrative poem, "A Lover's Complaint", presents a young woman who laments her seduction by a persuasive suitor. "The Phoenix and the Turtle" mourns the deaths of the legendary phoenix and his lover, the faithful turtle dove.

I like the narratoin of the poetry (very British) but there is no way to find indivdual poetry. The sonnes are grouped in chapters with 30 sonnets per chapter. If yo uwant to sit around and listen to the sonnets read in order this is OK but if you want to hear an individual sonnet you are stuck. Very frustrating.

Would you be willing to try another book from William Shakespeare? Why or why not?

Form William Shakespeare, yes. From the company that produced this audio version, no, because they apear unwilling to ake the extra effort to make their books truly accessible and useful.

Which character – as performed by Charlton Griffin – was your favorite?

n/a I would call his reading classic rather than intimate, which is too bad.

Did Complete Poetry inspire you to do anything?

Find another audio version o fthe sonnes that is actaully useful for immersing oneself in an indivdual sonnet.

I really wish there were a combined kindle book / audible whispersync version of the sonnets. I guess there's not enough money in it becuase they are public domain.

Poems to put you to sleep

LOVE Shakespeare, when its actually read, not read to me. Deep thoughts to be contemplated in the sonnets & poetry.

What aspect of Charlton Griffin’s performance would you have changed?

I love Shakespeare but I found this narrative to be kind of monotonous and dull. Felt like I'd fall asleep any second.