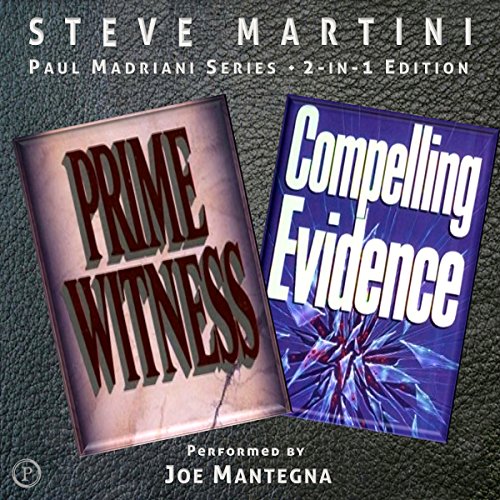 Paul Madriani was once a promising associate with the prestigious Potter, Skarpellos law firm, co-founded by his mentor, Ben Potter. But after a scandalous affair with Ben's wife, Talia, Paul left the firm to begin a brilliant career as a criminal defense attorney. Ben's impeccable reputation has made him a leading candidate for the Supreme Court, until he is found dead on the eve of the nomination, and Talia becomes the prime suspect. As the evidence against her snowballs, Talia hires her former lover to defend her against the ruthless chief prosecutor, who wants to send her to the gas chamber.

In a period of five days, the rural college town of Davenport, California, has been rocked by two sets of brutal double murders. When another set of bodies is found, Paul Madriani, special prosecutor, must find the killer...and quickly. Physical and trace evidence lead to the arraignment of a college security guard on multiple charges of murder. While the evidence linking the suspect to the first four killings is solid, something is clearly different with the last two, and Madriani slowly begins to realize there is another killer in their midst. It is only during the trial, as he is fighting for both the conviction of one killer and the identity of another, that Madriani discovers shocking answers that go far deeper than anyone could have imagined.

Don’t waste your time. The style of detective work is outdated. The author has written some very good books, but these are so old as to be dull.