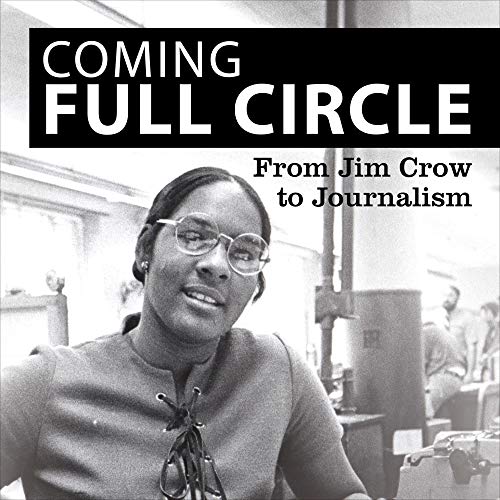 Wanda Smalls Lloyd’s Coming Full Circle: From Jim Crow to Journalism, with a foreword by best-selling author Tina McElroy Ansa, is the memoir of an African American woman who grew up privileged and educated in the restricted culture of the American South in the 1950s and 1960s. Her path was shaped by segregated social, community, and educational systems, religious and home training, a strong cultural foundation, and early leadership opportunities.

Despite Jim Crow laws that affected where she lived, how she was educated, and what civil rights she would be denied, Lloyd grew up to realize her childhood dream of working as a professional journalist. In fact, she would eventually hold some of the nation’s highest-ranking newspaper editorial positions and become one of the first African American women to be the top editor of a mainstream daily newspaper.

Along the way, she helped her newspapers and other media organizations understand how the lack of newsroom and staff diversity interfered with perceptions of accuracy and balance for their audiences. Her memoir is thus a window on the intersection of race, gender, culture, and the media’s role in our uniquely American experiment in democracy. How Lloyd excelled in a profession where high-ranking African American women were rare is a memorable story that will educate, entertain, and inspire.

Coming Full Circle is a self-reflective exploration of the author’s life journey from growing up in coastal Savannah, Georgia, to editing roles at seven daily newspapers around the country, and circling back to her retirement in Savannah, where she now teaches journalism to a new generation.