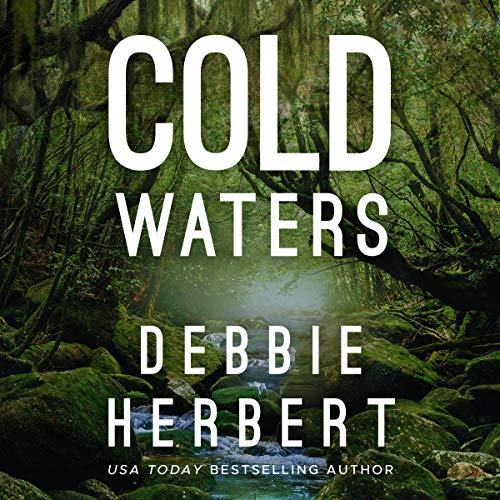 From USA Today bestselling author Debbie Herbert comes a thrilling story of murder and madness set in the darkest corner of Alabama.

Everyone thinks fourteen-year-old Violet is a murderer. After a summer-night swim with her best friend, Ainsley, Violet is found confused, wandering in the forest - and Ainsley’s never seen again. But without a body, murder charges won’t stick, so Violet is sent away.

After more than a decade in a psychiatric ward, Violet returns to her broken-down hometown of Normal, Alabama, to claim her dead mother’s inheritance and help her overworked sister care for their unstable, alcoholic father. Violet, still haunted by that night eleven years ago, endures horrific flashbacks and twisted hallucinations while townsfolk spit accusations - and for all she knows, they’re right.

As the summer heats up, details of Ainsley’s fate appear like a beast’s wild eyes, watching in the darkness, and grim revelations about Violet’s family threaten to devour her. Already on the edge of madness, Violet must fight to keep her sanity long enough for the terrible truth to burst from the cold, dark waters.

I thoroughly enjoyed the story

This book has characters who popped out and were so real to me. The story had so many surprises there was no way to guess the ending. The narrators gave an amazing performance that was so pleasing to listen to. I loved this book and highly recommend it.

Predictable, but and enjoying easy read

It was a little boring at spots and predictable, but I did enjoy it. And easy read, though i don't think I'll keep up with the series. There were very little twists or areas to become invested in the story or the characters.

I really enjoyed listening to this story. It was very exciting and left me wanting more.

Full Bodied made for TV story. Narrator did a great performance but her voice seemed too old for the actual main character. Was able to play an array of characters and ages. Very entertaining.

Page turner!! Finished it in one day!!

page-turner! Finished it in one day kept you interested very well written narration was okay sometimes they're pretty boring but this one was okay

While i liked the plot, there were some pretty good twists, I really got tired of Violet's back and forth view of Delaney. Even after being slapped in the face(literally) with the proof of Delaney being a manipulative, lying b$$$$, she STILL had doubts! It just got old and frustrating. I did think i had it all figured out when another twist was thrown in which was fun. Also the honest portrayal of treatment of someone with a past with mental health was refreshing. Its hard to recover from. I'd recommend as a good little mystery.

What a tangled web they weave...

Boy howdy! Cold Waters is my first book of Debbie Herberts, and it definitely won’t be the last. I did enjoy the story, I got a little confused with it flipping from past to present but that’s on me not the story!

The backwoods of Alabama hold secrets. Some food, some bad and some that if they were to get out, lives would never be the same again. Violet has had a hard life the last few years. She lost her best friend, went a little off her rocker and was put into a mental hospital, but thankfully she was able to get better and return home.

Not everyone in this small, close-nit town was happy with her return... but her father is ailing and it was the right thing to do... or so she thought.

When Violet returns home things start to unwind, unfold and come to light. The past doesn’t always stay in the past and things aren’t always what they seem. The poor girl has had it rough and now, just when she thinks her life might be on track, the night that changed her life pops back up for her.

Once again Violet is left in a state of shocked panic, and not many options.

had most of story figured out by 3rd chapter
kept listening just to see if I was correct.
I was. Narrators have pleasant voices and not not hinder the story in any way.. didn't listen to book all in one setting, but didn't give up on it either.

The story is great, has lots of mystery and intrigue but the main character is frustratingly pathetic. I wanted to reach through the veils of reality and slap her. Also thought the ending was rediculous, *spoiler* every woman I know with a dead mother, wishes she would come back under any circumstance.

feast your heart out with this mystery :)

Cold Waters keeps you wondering. Surprise await you when you least expect it, and it's not what you think either. You will wonder and speculate over every twist and turn. Knowledge will evoke and absorb your interest just as intently as youll revel in the story because it somehow manages to web it's way to your thoughts long after you have finished the book.