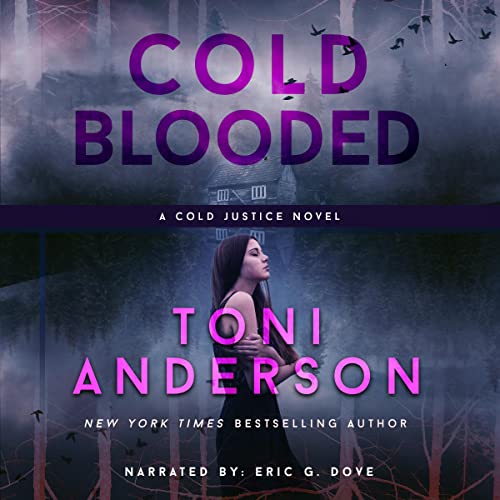 Disgraced investigative journalist Pip West is devastated when she discovers her best friend’s body facedown in a tranquil lake. When cops and federal agents determine her friend overdosed and then drowned, Pip knows they’re mistaken and intends to prove it.

Special Agent Hunt Kincaid doesn’t trust journalists and has no patience for Pip’s delusions, especially since her meddling could reveal why the FBI is interested in her friend’s last days. The dead scientist worked at the cutting edge of vaccine research and might have a connection to a new, weaponized, vaccine-resistant anthrax strain that just hit the black market.

Pip is thrown off her game by grief and her unexpected attraction to the handsome federal agent. Hunt battles the same unwelcome pull, determined to resist the heat that threatens to consume them both. But the more Pip digs, the closer she gets to both the sexy FBI agent and to a bioweapons terrorist who’s more than capable of cold-bloodedly sacrificing anyone who gets in his way.

The series keeps on rolling!

This is the 10th installment of the cold justice series. It’s hard to say which one of the 10 is best, but cold blooded is right up there. Actually, they are all outstanding thrill rides coupling FBI investigations and unlikely love. Toni Anderson and Dove continue to make this series one of the most listenable and engaging fictions in recent years.

I was really looking forward to this book, since I’ve enjoyed the rest of the series. I did enjoy the mystery - complex, unfortunately plausible, and well developed.

The hero wasn’t someone that seemed to me to inspire quite so much emotion. But the heroine was truly a pain in the rear end. The whole book would have been better without her, as would the characters within in.

This heroine was a mass of insecurity, which is plausible, but because of that she was also deeply self involved. Despite her much vaunted skills as an investigative reporter, she could hardly take a break from her internal monologue long enough to focus on other people. Everything around her becomes fodder for more thoughts about herself. Her lack of perception about others keeps leading her into danger in ridiculous ways.

Overall, I was so frustrated by this one character that I didn’t enjoy the rest of what could have been a great, richly developed mystery plot.

This has been one of my favorite series. I live the common threads of each book but also the total difference. I love this authors mind. Really good series about the FBI and Justice.

I am enjoying the books in this series. However, a recurring theme is the main characters having insecurities and hang ups that affect their judgment. And these errors in judgment are used by the author to keep the story going. Because if the characters reacted with their brain and not overwhelming emotion then the correct conclusions would be drawn and the story over much faster. The bad thing is that the reader is easily able to leap ahead and then has to wait for the book to catch up. There are enough twist and turns to keep the reader from completing figuring things our before the end though. I like the main characters, the plot and the romance.

So this was just an okay story in this series for me. I thought it was a bit messy. The romance was a bit too much and seemed forced and not genuine at all.

I am a fan of Toni Anderson and really enjoyed most of previous books in this series, this one was just meh.

As for the narration, it was very good. I am a fan of Eric Dove. The narration made the story better.

The first one I was a little disappointed in. Generic typical woman. The story was great, missed the sub characters too.

that's really all, I can't stop listening and I love every single book, excited for more to come

Delightful full of excitement and thrills

This was so heart breaking, it broke my heart that pip found her friend the way she did, and all the nasty things that was said about her. Pip wouldn't believe them and fought for her friend until the real answers came out. The author gives you excitement, danger, thrills and wonderful twists and turns. Loved the romance and how it was laid out. It really took me a long time to work it all out, first I thought one person was to blame and then another for most of the story. The author knows how to grab your attention, keeping it, making you want to laugh and cry all at the same time. I truly love this author, she knows how to tell a story and making you want to come back for more.

The narrator is one of my favorite, I love that he does most of this authors books. He truly holds you on the edge and keeping you there with his voice, emotions his character voices. There are no repeating of words, no volume changes, love his character voices, you always know who is talking and what they are feeling. He gives true emotions and you feel them all the way to your toes. As always he did an outstanding job and I can't wait for the next one to come out.

I get really excited when I know there is a new audio coming out from these two. I have a hard time waiting for it. Great job keeping me entertained for hours with a book I just couldn't turn off.

The first chapter grabbed me and didn’t let go! Characters were well developed. Since I have listened to other books narrated by Eric Dove, I was delighted he was the narrator for this book. I read the book in two days and it was difficult to put it down. Have thoroughly enjoyed the series!!

This is the 1oth audio of this story and I must enjoy them to keep devoting so much time to this story! I have to say that I've found myself a bit attached to the characters. I really enjoyed the symbolism and meaning behind the story. It did drag a bit here and there for me... I would have loved a bit more suspense... but that could just be me.

Eric G Dove is a great narrator. He brings his characters to life. I'll admit that he's a bit... over the top for me. But not so much that I'm turned off the series or even enough to adversely affect my thoughts. Perhaps just tone it down a bit for the next one :)