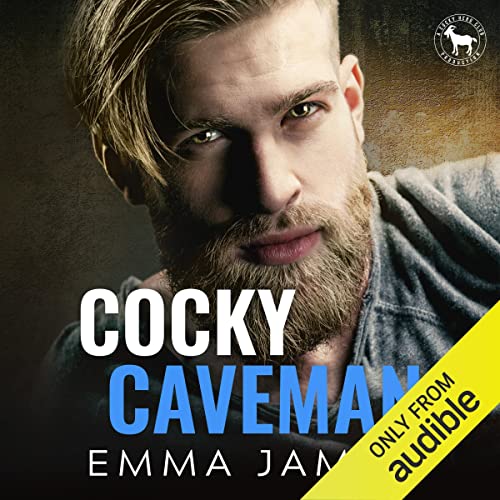 What happens when a cocky ex-military musician meets a sassy ex-bounty hunter? Sparks will fly.

Tall, bearded, and rock-star handsome, he is only looking to order two coffees to go when he walks into Peace Café.

Instead, Tucker leaves with a pocket-rocket spitfire in his arms, returning her safely to Temecula wine country after their meet-cute takes a turn for the worse.

Ophelia doesn’t date. She’s in a committed relationship, working on herself and her soon-to-be-open tiny-house Airbnb business, the Fainting Goat Ranch.

There is a non-date in their future—which in no way gets classified as a date—an ambush is more like it, assisted by Ophelia’s cousin and his wife. It leads to Tucker bringing his secret weapon—his sisters—into play.

The more time spent in Tucker’s witty, banter-filled company, the more she could see the man underneath.

But Ophelia’s guarding a painful secret. In her eyes, love can only wreck you.

It’s a good thing for Ophelia that Tucker’s leaving for a 10-week vacation with his sisters. Things can get back to normal because Gwendoline, her boom-box-loving, curvy Aussie BFF, arrives to keep her company and help her run the Airbnb.

Tucker’s vacation turns into a spontaneous secret mission, going off the grid, keeping communication open only with his trusted best friend, Shamus MacDougall.

Are they fated to be ships in the night, with Ophelia’s secret forever hidden, or can they find their way into each other’s arms, no matter the cost?