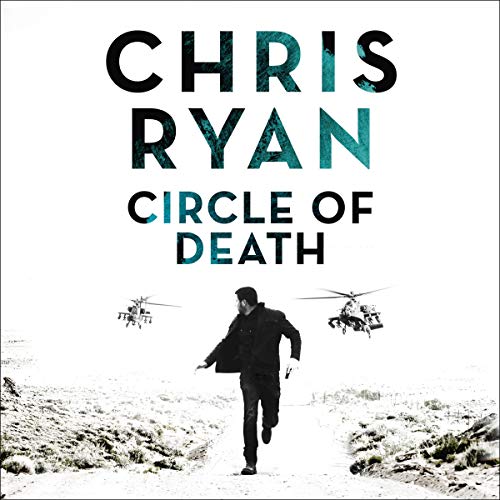 The fifth audiobook in the best-selling Strike Back series by SAS hero Chris Ryan.

Three years ago, Julian Norwood was the rising star of the political universe.

As the co-founder of a wildly successful London-based political consultancy, Norwood and his colleagues used controversial tactics to help win the election for the American President and played a decisive role propping up odious governments around the world. But after a scandal broke, the company's reputation was shredded. All of a sudden, Norwood was toxic. People stopped returning his calls. Nobody wanted to work with him. In desperation, he fled to the Seychelles to escape the media spotlight.

But when Norwood uncovers a terrifying secret - one that threatens to trigger a brutal new conflict - he senses an opportunity for political redemption...and a hefty payday. He reaches out to his former mentor, a close confidante of the American President and a shadowy populist puppet-master. Before he can tell his mentor what he has discovered, however, masked gunmen ambush the meeting, killing the populist and kidnapping Norwood.

In Hereford, former SAS legends John Porter and Jock Bald are brought in from the cold and tasked with a dangerous new mission. A close-knit gang of ex-Navy SEALs, dishonourably discharged from the US military, have gone rogue down in the badlands of Mexico, offering their services to the highest bidder. Now American and British intelligence experts believe that the gang is plotting a sinister new attack - and they want Bald and Porter to infiltrate the gang and find out what they're up to.

Amid the deadly carnage and daily, horrifying violence of the Mexican drug wars, Bald and Porter must earn the trust of the ex-SEALs and their charismatic leader, survive brutal cartel attacks and uncover a deadly conspiracy involving the 'Deep State' in both the US and the UK.

When their cover is blown, however, Bald and Porter must act to stop a deadly plan to assassinate the Venezuelan President and trigger a bloody civil war.

In a breathtaking finale, they must fight alongside their fellow SAS comrades, taking on the gang in a deadly battle of SAS versus Navy SEALs - and only the strongest will survive.