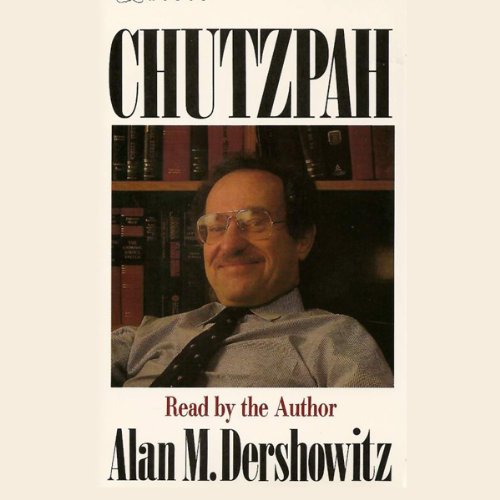 Chutzpah, says Alan M. Dershowitz, is "boldness, assertiveness, a willingness to demand what is due, to defy tradition, to challenge authority, to raise eyebrows." Assessing his experiences, he brings to bear all the chutzpah for which he is famous in examining such issues as anti-Semitism, assimilation, the Holocaust, Zionism. The changes in Eastern Europe, and the turmoil in the Middle East, as well as what the future will bring-and needs to bring.

But Chutzpah is also a personal story, about growing up as an Orthodox Jew in Brooklyn. It's about Yale Law School, to be "the first Jewish Jew at Harvard," and to represent such clients as Claus von Bülow, Leona Helmsley, Jim Bakker, and Natan Sharansky. In Chutzpah, Dershowitz brings together a lifetime of thought and action to provide a fascinating and provocative reflection on his generation of Jews in America. Bold and incisive, his conclusions are sure to surprise and unsettle you.