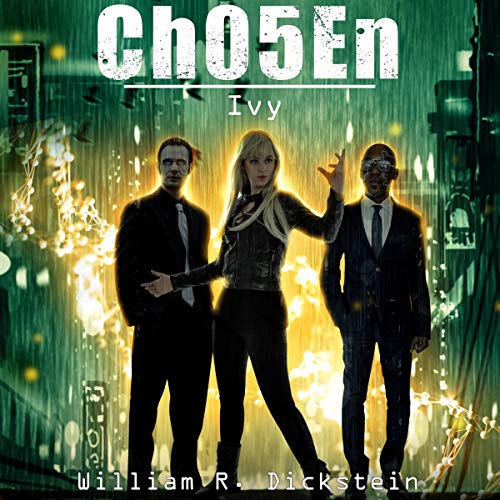 Ivy lived a normal life. She knew about the Capes, but she never thought she’d get the chance to join them.

Now her Fate Gene is active, and the voices in her head tell her everything will be alright. After all, she’s like them.

On the other side of the superheroes lies The Control, a branch of the World Government charged with recruiting new Capes and recovering defectors. Lochlan, an android Agent, is rapidly rising through the ranks. Ivy and Lochlan's worlds collide in the small town of Choudrant, Louisiana - where the residents have more secrets than shopping malls. The lead Cape in Choudrant has defected, and an android might be the only one who can find out why. If he’s going to succeed, Lochlan will have to look for help in unlikely places and unlikely genes.

Explore the world of Ch05En, a dystopian world of superheroes, androids, and shadowy government cabals - where one simple gene can mean the difference between life and death.

William Dickstein writes dystopian superhero stories and comics featuring elements of genetic engineering. Fans of X-Men, 1984, and The Matrix may like Ch05En.

The story itself would get a strong 8 out of 10. But the audio repeats a few times. Literally chapters 4 and 5 are in there twice. Especially dice they repeat after chapter 6, which then gets continued on at chapter 9. Hope they fix it, for future listeners, but right now there is a lot of work to it.