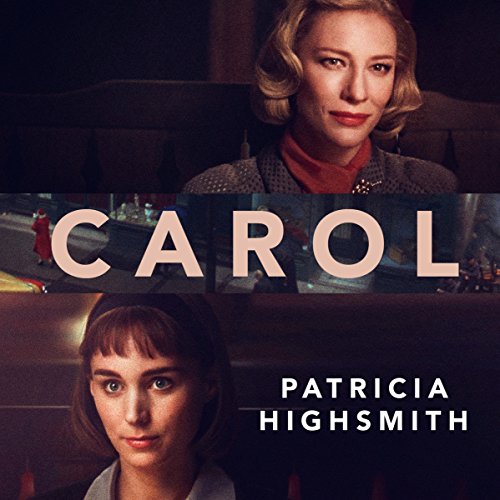 Therese is just an ordinary sales assistant working in a New York department store when an alluring woman in her 30s walks up to her counter. Standing there, Therese is wholly unprepared for the first shock of love. She is an awkward 19-year-old with a job she hates and a boyfriend she doesn't love; Carol is a sophisticated, bored suburban housewife in the throes of a divorce and a custody battle for her only daughter.

As Therese becomes irresistibly drawn into Carol's world, she soon realises how much they both stand to lose....

First published pseudonymously in 1952 as The Price of Salt, Carol is a hauntingly atmospheric love story set against the backdrop of '50s New York.

Hooray for a happy ending

Given the date of publication, this is a remarkable work. As a romance, I appreciated there was little lingering over the legal technicalities, but mostly concentration on the development of the relationship between the two women. A great picture of America in the late 40s, and for me, perhaps inspiration for a great American road trip!

if i can talk/write to patricia highsmith i wanna thank her for writing such an incredible lesbian novel, especially being set in a time where it wasn’t safe for lgbt+ folks to live in. i appreciate this book so much.

Amazingly read by Laurel and well delivered. Full of emotions and feel, capturing my imagination of how superior is the love story between Therese and Carol.

Carol, I would never ever be tired of you

it is a tradition now, listen to this book at least once a year. Laurel narration is so perfect that I can see Rooney/Therese in so many moments. Just.. perfection

Such a clear English and touching voice for a captivating story. I tralla live it.