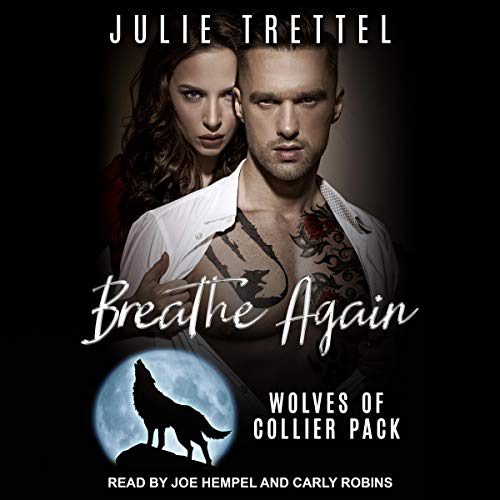 Cole Anderson has always known who his one true mate is, but the rejection he suffered at her hands was too much to bear. Still, it helped shape him into the man he is today. He swore he'd never return to Collier Pack, but under his Alpha's orders, he has no choice but to go for the celebration ceremony as Thomas and Lily step up as the new Alpha and Pack Mother. He knows he'll have to face her. But will his heart survive it?

Fifteen years ago Elizabeth Collier was little more than a child. She had always had a strong sense of duty to her Pack and at the time thought she was doing the right thing by rejecting her one true mate and taking a compatible one instead. She had not been able to go through with it, and the bond between her and Cole had never been severed. Now he's back, and she's ready to risk everything to prove to him that they are meant to be together.

They've each endured years of irrevocable torment with a bond stuck in limbo. Now they must come face to face again. Cole wants to break the bond. But will that end his pain? Elizabeth's ready to fight for them. But can they truly resolve the pain of their pasts and come together at last? Or has too much time passed, and is their chance at love lost?

Cole and Elizabeth have been given a second chance at love. Sparks will fly, and tempers will flare. But can the love between true mates conquer all?

Too human + Too cute = Too fluffy

Very formula like book. I went in hoping for something paranormal but what I got was very human characters will little to no paranormal dimensions to this story. The action in this listen is about 15 mins spread in bits and pieces. Story goes like this: Guy is hurt years early, Girl is responsible. Guys goes from sweet to 'bad boy' (sigh..another overused label) because of said Girl. Guy is forced to in a situation where he will have to see Girl again. Guy can't forget Girl, Girl admits she made a mistake and really wants forever with Guy. Girl has a mild dangerous encounter and Guy forgets all the pain and hurt and decides he wants forever with Girl. They talk for about 5 mins and solve 12+ years of pain and decide to bond. After that there is a lot of naughty (mild btw very vanilla stuff) deeds and fluff conversations with side characters keeps the story going. With 15 mins left, Guy & Girl find they are in danger and are scared they will die and then pass out. They wake up to find each other alive and are overly happy and relieved. End of story. In short, there is no paranormal in this book other than they can turn into wolves, have telepathic conversations and die instantly if their true mate dies. Take these bits out and you have a plain contemporary romance book with nothing interesting to offer.

Overall the story was pretty good and I didnt mind the dual narrators at all. The 2 star rating is really due to the epilogue. without giving out spoilers the story provides a lot of detail leading up to a certain moment...and instead of giving us a full chapter afterwards...we get an epilogue of all that DID happen. I thought I'd fallen asleep and missed a chapter...nope. I just double checked it and it felt rushed and that there was definitely a full chapter left to be written. oh well. it was entertaining but just a big let down at the end.

the best of both season of the books, the two main character's in this one just make you feel for them

I enjoyed this story in the beginning! as the middle and end came I felt like it was rushed. I expected something big go happen but it never really did.

I love all Books of Julie Trettel, but she did truely an amazing job on creating the Character of Lizzie....❤️she is broken, but absolutely Funny, loving and careing. Shes just like me, thats why i Love her the most of all Characters so far.❤️ also her taste in men😏 cole is the man of my dreams...😍🥰 like a nut, hard to crack but absolutely delicious and lovely inside💕 the Story Is so heartbreaking but soooo heartwarming at the sametime, all the characters are so loveable and funny and relatable. ive listened and just laughed and cried and loved every second of it. I bought all the audiobooks at once and listen to them one after the other almost 24/7. They are like a Drug to me!💕