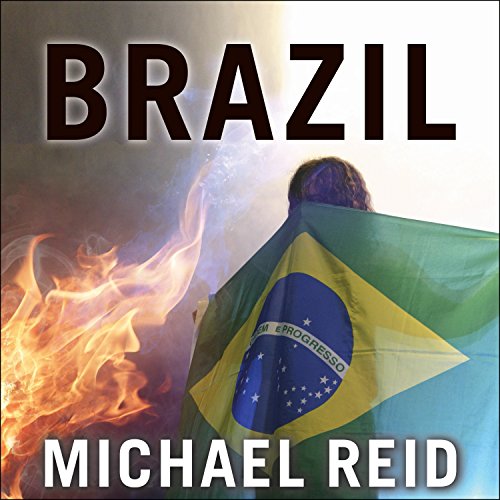 Experts believe that Brazil, the world's fifth largest country and its seventh largest economy, will be one of the most important global powers by the year 2030. Yet far more attention has been paid to the other rising behemoths: Russia, India, and China. Often ignored and underappreciated, Brazil, according to renowned, award-winning journalist Michael Reid, has finally begun to live up to its potential but faces important challenges before it becomes a nation of substantial global significance. >After decades of military rule, the fourth most populous democracy enjoyed effective reformist leadership that tamed inflation, opened the country up to trade, and addressed poverty and other social issues, enabling Brazil to become more of an essential participant in global affairs. But as it prepares to host the 2016 Olympics, Brazil has been rocked by mass protest.

Very insightful and comprehensive work on a fascination nation that is Brazil.... must read for those with an interest in emerging nations of the world

This is definitely a good book on Brazil, but as other reviewers mentioned, the reader’s pronunciation of Portuguese/Brazilian names and words is pathetic and distracting, at least for those who know the right pronunciation.

Mr. Healy obviously did not take the care and regard to try to learn at least the approximation. It’s almost like he intends to butcher it throughout the book.

The book is comprehensive and we'll written. It reveals the main virtues and vices of Brazilian society and it's origins.

The information was very thorough. However, not all events stayed in chronological order, which made it confusing at times. The narrator could have used some coaching on how to properly pronounce the Portuguese terminology and names, but, overall it was a very enjoyable experience and I learned a lot about the background of the problems Brazil faces today.

If you could sum up Brazil in three words, what would they be?

The reading was solid, and as an audio listen, it worked well.