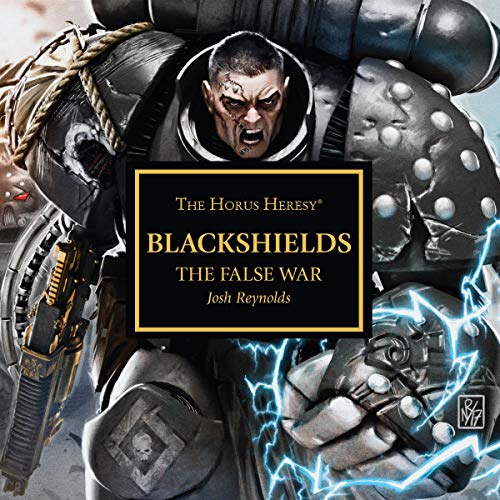 Renouncing fealty to all masters or driven mad by the rigours of war, the Blackshields are a stain upon any Legion they once served. Regarded as little better than pirates, their loyalty is only to themselves.

Infamous among their mercenary ranks is Endryd Haar, a former World Eater, driven by hatred, his blade pledged to no banner but his own. But estranged from his Legion and surrounded by a battered warband of warriors, how long can Haar and his Blackshields hope to endure?

A good interim story… but

The story is a good filler for parts of the in between. However the excess sounds of the attempt to make it more theatrical take away from the story itself.

Utterly ridiculous that a single chapter is posted on here and takes the same full credit as an actual book and sure, the play time is listed in the description but is if so unreasonable to assume something that costs as much as a whole book is going to be a whole book? What a scam