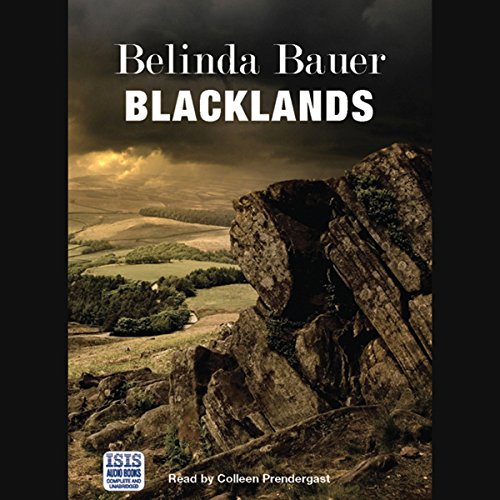 Steven Lamb digs holes on Exmoor, hoping to lay to rest the ghost of his uncle, who disappeared aged 11 and is assumed to have fallen victim to the serial killer Arnold Avery. Only Steven's Nan is not convinced her son is dead. Steven is determined to heal the widening cracks in his family before it's too late. And if that means presenting his grandmother with the bones of her murdered son, he'll do it.

So the boy takes the next logical step, carefully crafting a letter to Arnold Avery in prison. And there begins a dangerous game between a desperate child and a bored serial killer. A game that will have more terrifying consequences than Steven could ever imagine.

My first reaction when I started reading this novel was to kick myself for wasting my credit. The murders took place years ago and the murderer is already behind bars. Where's the mystery? But I soon got into it. The novel is not a murder mystery, but a psychological thriller. What makes it different is that it is told largely from the point of view of an eleven year old boy. The author captures his mental processes, emotional development and the troubles of schoolboy friendships brilliantly. There is mystery too, as young Steven follows the clues. But I don't want to give the plot away. On the other side, part of the story is told from the vantage point of an evil child killer who has no excuse for his crimes. And yet, in spite of the repulsion he elicits from us, we somehow become interested in what happens to him. A superbly crafted thriller.

What made the experience of listening to Blacklands the most enjoyable?

This novel is gripping and beautifully told. The characterisations are excellent, and in the case of Steven, heartbreaking. The portrayals of good-hearted Steven growing up in poverty, unnoticed by his tragically damaged family and of Arnold Avery, the cold-blooded serial killer of children, are compelling.

What other book might you compare Blacklands to and why?

Belinda Bauer shows great promise and this novel is every bit as good as a Ruth Rendell.

What does Colleen Prendergast bring to the story that you wouldn’t experience if you just read the book?

Colleen Prendergast was pitch perfect in her narration. Her reading of the novel did not intrude on the story, as is the case with some readers.

The ending was particularly moving.

I usually only listen to audio books when I go for my daily walk but with Blacklands I had to listen to the end. If you like a good thriller this one is for you.

Twenty odd years ago a child disappeared. It was believed he fell victim to a serial killer though his body was never recovered. The nephew, Stephen, lives in the shadow of that tragedy, and he dreams of finding the body of that child to give peace of mind to his family. He writes to the serial killer who is in gaol and there begins a sinister cat and mouse game between the killer and his new prey.

I got goose bumps listening to this. I also found it quite moving. Thoroughly recommend this.