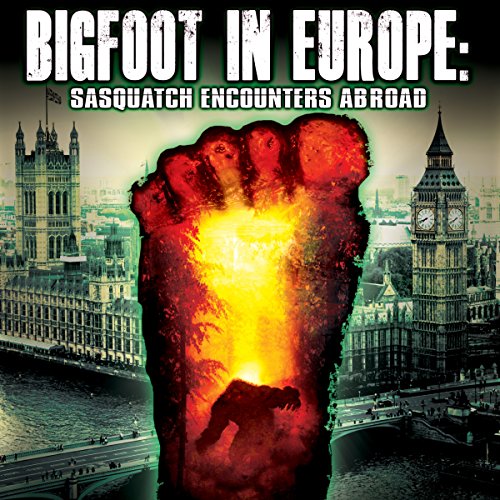 The biggest terrestrial enigma of all time is undoubtedly Bigfoot, aka Sasquatch. When people think about Bigfoot, they imagine the wild woods of the United States, with most sightings occurring in California and Washington as well as Canada. But Bigfoot is not exclusive to North America; the creature has been reported for hundreds of years in parts of Europe and Asia.

In this remarkable audiobook, we journey to Europe to uncover a fascinating tale of Bigfoot not only from times gone by but well into the modern era. Explore little-known evidence that points us in a totally new direction for this mysterious creature. Where does Bigfoot really come from? Is he a missing link? Is he alien? Is he an intelligent primate? Or is there a different answer? We ask questions nobody has asked before. We highlight legends and evidence never before connected with the story of Bigfoot.

From the green man to the woodwose, from wildman to Robin Hood, evidence of a large, hairy, and very scary creature lurks in the folktales of England. But there is more. For sightings of Bigfoot have not gone away, and to this day people across Europe see and hear the Dark Man in the ancient forests and woodlands. Holland, France, England, Norway, Spain, and Russia are just a few of the countries to play host to thousands upon thousands of reports of a manlike creature that refuses to disappear. Enter an unexpected world where werewolves meet wildmen, and the trolls of Norway and Sweden suddenly take on new meaning.

Track to a TV Program, Not a Book

Very disappointing. This is not a collection of Bigfoot encounters in Europe. This is probably a soundtrack to a tv program. Seeing the visuals would help this make more sense. This program includes a narrative story of a history of Bigfoot in Europe with more music and effects than narration.
Too bad, the Goatman episode was much better.