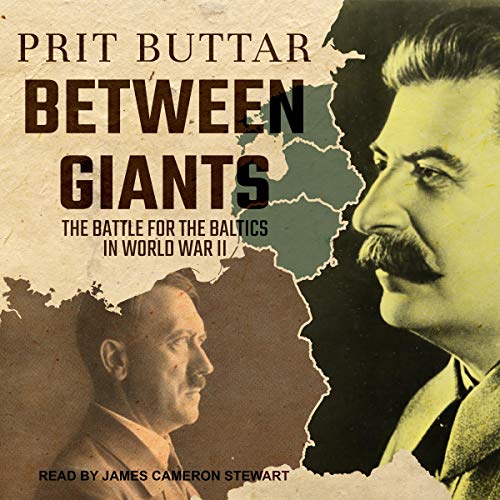 During World War II, Latvia, Lithuania, and Estonia found themselves trapped between the giants of the Soviet Union and Nazi Germany. Over the course of the war, these states were repeatedly occupied by different forces, and local government organizations and individuals were forced to choose between supporting the occupying forces or forming partisan units to resist their occupation. Devastated during the German invasion, these states then became the site of some of the most vicious fighting during the Soviet counterattack and push towards Berlin. Many would be caught up in the bitter fighting in the region and, in particular, in the huge battles for the Courland Bridgehead during Operation Bagration, when hundreds of thousands of soldiers would fight and die in the last year of the war. By the end of the war, death and deportation had cost the Baltic States over 20 percent of their total population and Soviet occupation was to see the iron curtain descend on the region for four decades. Using numerous firsthand accounts and detailed archival research, Prit Buttar weaves a magisterial account of the bitter fighting on the Eastern Front and the three small states whose fates were determined by the fortunes and misfortunes of war.

Explains alot. Those with an interest in eastern Europe need to hear this to get a firm understanding of how that situation came to be.