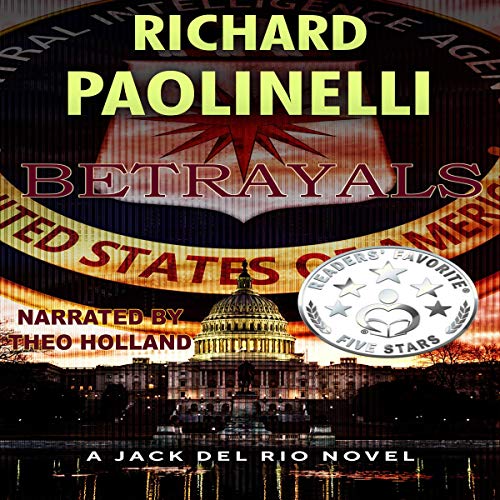 A compelling political conspiracy mystery thriller heralds the return of FBI star agent Jack Del Rio, who is perhaps the only man in America who can stop the strings of assassinations and conspiracies that threaten to topple the entire government administration and bring the United States under the thumb of evil dictatorship.

Unable to trust even his closest friends and allies in the Bureau, Jack must first survive multiple attempts on his own life then sort out the evildoers who have wormed their way into top positions and do this in time to save the President of the United States - who may just be one of the conspirators himself. It's a race to the finish and the devil takes the hindmost.

Jack is out on a limb with working this case, the betrayals, and who to trust.
This is more political, with conspiracies, holds ones attention to figure it out. Enjoyed the audio of this and was given for my voluntary review and my honest opinion
.

Running out of toe tags

If you like the Jason Bourne series, you'll like this series.
We don't want to give the plot away, so you'll have to listen\read the book.

We received this audio book free in exchange for an unbiased review.

Buckle up and hold on!!!

WOW!!!! You need to buckle up and hold on as the author and narrator are going to take you on a wild ride full of deception, deceit, back stabbing, and plot twists galore!!! The first book in this series was really good, but the author took this second book to a whole new level. Warning.....none of the characters are safe. They could turn into the enemy, they could be killed off, and they can remain your favorite hero....there is no way to tell and this author isn't afraid to cause you shock and dismay!! Listen close as there is so much going on and you don't want to miss a thing. I definitely recommend this Jack Del Rio series. It's a masterpiece when you combine the amazing writing along with the talented narration. These 2 (Richard & Theo) make an unstoppable team. I hope they continue to work together for more Jack Del Rio books. I'm dying for a 3rd one!!!

This is a interesting book to listen to. it's exciting and has strong characters and a good story line. it holds your attention from start to finish. Theo Holland does a great job narraiting this book

WHO CAN YOU TRUST?