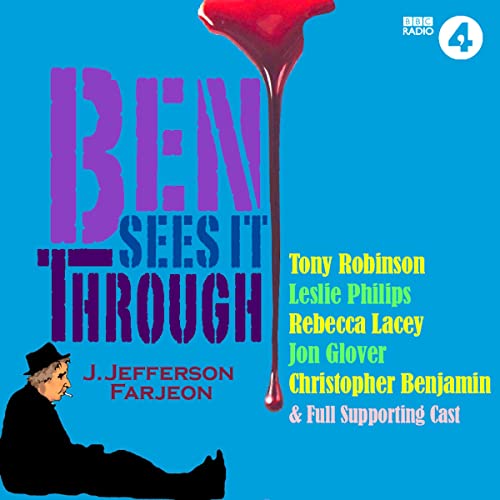 Ben Sees It Through

Set during the Golden Age of Detective Fiction, where every story promises a 'Thousand Thrills!', Ben, the chivalrous and perky non-descript little man, whose thumbs itch just before ‘something ‘orrible ‘appens’ played by Tony Robinson is joined by Leslie Phillips as the devilish Lovelace in J Jefferson Farjeon’s 1930’s thriller.

A hat lost in the English Channel, a dagger buried in a toff’s back and an incriminating letter from an MP entice Ben into the world of arms dealers and smugglers as he battles to save Europe from another World War!

Based on a story by J. Jefferson Farjeon

"To all concerned 'Jolly good show, chaps'." (The Times)