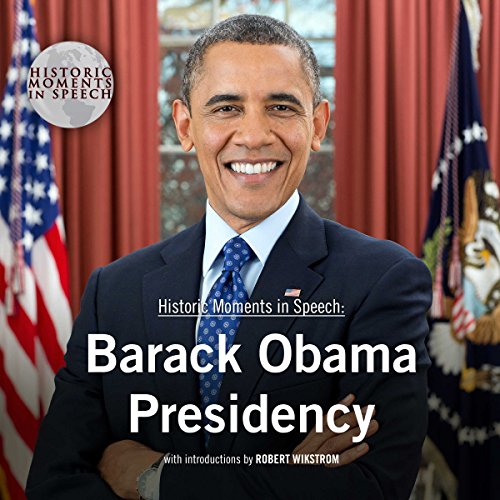 From civil rights lawyer to Illinois State Senator to US Senator, Barack Obama was to become the first African American president of the United States. Speeches include his nomination acceptance, the inauguration, the death of Osama bin Laden, military conflicts, national health care legislation, and more.

Produced by the Speech Resource Company and fully narrated by Robert Wikstrom.

Listening to this, I am reminded how great a leader Obama truly was. Thanks for the compilation.