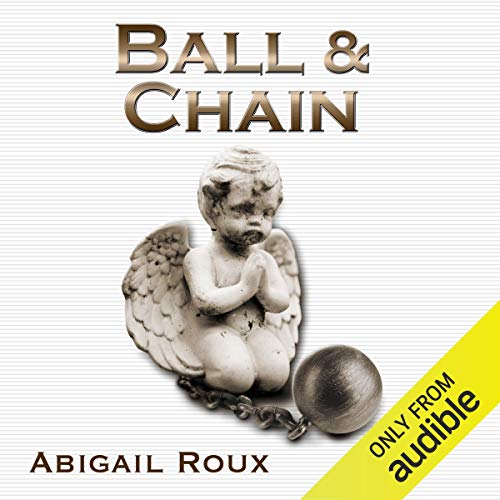 Home from their unexpected deployment, the former members of Marine Force Recon team Sidewinder rejoin their loved ones and try to pick up the pieces of the lives they were forced to leave behind. Ty Grady comes home to Zane Garrett, only to find that everything around him has changed - even the men he went to war with. He barely has time to adjust before his brother, Deuce, asks Ty to be his best man. But that isn't all Deuce asks Ty to do, and Ty must call for backup to deal with the business issues of Deuce's future father-in-law.

Nick O'Flaherty and Kelly Abbott join Ty and Zane at the wedding on an island in Scotland, thinking they're there to assuage Deuce's paranoia. But when bodies start dropping and boats start sinking, the four men get more involved with the festivities than they'd ever planned to. With the clock ticking and the killer just as stuck on the isolated island as they are, Ty and Zane must navigate a veritable minefield of family, friends, and foes to stop the whole island from being destroyed.

If you could sum up Ball & Chain in three words, what would they be?

Forever Love, Forever Friends, and Forever Getting Into Trouble. :)

I enjoyed seeing Ty & Zane settled as a couple and a team, Ty adjusting to changes for his friends and also sorting out issues with his friends, the twisting suspenseful situation at the wedding, and the promise of what is to come.

Have you listened to any of J. F. Harding’s other performances before? How does this one compare?

This is my third time listening to him narrate books from this series. I thought he did a fantastic job. I always lose myself in the stories and feel that he nails emotions, pace, humor, and tone well.

If you could rename Ball & Chain, what would you call it?

Murder At an Island Wedding

This is book eight in the series and it must be read in series order. I would also suggest reading the spin-off Sidewinder series book one, Shock & Awe, just before this one and after Touch & Geaux.

This book brings together Ty & Zane's story with the newly emerging Nick & Kelly one.

Can't wait for both the next Cut & Run and Sidewinder books coming next.

Hated this book and if I am honest it was a struggle to finish, when I did finish this book I deleted​ this story because I didn't want to see it on my Kindle again. I loved all the other books and Ty and Zane have been good friends but I am sorry to say that I won't be buying the last book. I don't want to read another Sidewinder story. Nick and Kelly are boring and how can he be the main character in a story about another couple. Isn't he suppose to be in a supporting role? Maybe the author Sidewinder books are not selling well so she decided to put a Sidewinder story in the guise of the Cut and Run series. I just disliked this book and I never want to see or read it again and I'm also done with the series. I have to thank the author for the wonderful books in the series Ball and Chain excluded of course but I think it's time to cut and run.

This is a new twist on an old plot, one that will through you for a loop.

Who knew Scotland could be so dangerous?!

Where does Ball & Chain rank among all the audiobooks you’ve listened to so far?

Oh my gosh, it's amazing, I was both on the edge of my seat and laughing hysterically.

What was one of the most memorable moments of Ball & Chain?

Yes I did, but it's quite long, it took a couple of days.

When Ty's brother, Deuce, asks Ty to be his best man at this wedding... in Scotland... all expenses paid, Ty and Zane welcome the almost vacation from their otherwise chaotic lives. Having just returned from a six month deployment, Ty comes home with more baggage than what he carries in his Sea bag. He isn't back two days when their boss calls both men into their office and tells them that since Zane is now in a Supervisory role, they can no longer be partners. Furthermore, since their relationship is now out in the open, Mac wants to transfer one of them to another state. Ty does the only reasonable thing he can think of, he quits. The one thing Ty is no longer willing to do is put his job before his lover.

The call from Ty's brother, Deuce, comes at the perfect time. An all expenses paid trip to Scotland for a week to be Deuce's best man with a plus one. Providing security for his niece should be a breeze, right? Come on now, this is Ty, Zane, Nick and Kelly we are talking about. Wrong! The tension between Ty and Nick is thick, Nick still fuming over events that happened in NOLA. When the bodies start piling up, the two men have to put their differences aside if they want to survive. No one is safe, and to spite having four of the most dangerous men in the world on the island with a crazy killer, the bodies continue to drop, at a maddening pace.

Stuck on an island in Scotland sounds like a dream, right? Again, wrong! A storm knocks out the phones and internet, a tree falls on the boathouse and all the boats are either destroyed or drift out to sea in the sub-zero waters, Zane's laptop has been fried. Murphy's law should probably be redefined in Webster's dictionary to Grady's law. The bonds are friendship, loyalty and love are put to the test as the four men race against time to figure out who the killer is and whether or not this is about Deuce's future in laws, or a threat that is far closer to home.

Jesus, Mary and Joseph... you seriously cannot take these two anywhere, and after the last couple of books, I'm convinced that Nick and Kelly aren't far behind that statement. Once again Roux delivers an action packed, non-stop, thrill ride of a story. It's intense, suspenseful, passionate and completely engaging. I was reminded of the movie Clue while listening to this book. Between the storm, the bodies piling up, so many possible suspects, the hilarity that ensues during it all. I can assure you that it was not the cook, since she is in the kitchen with the knife, in her back. In the midst of the madness, Ty is trying to convince Zane to marry him. I think I would have to agree with Zane, stuck on a deserted island with a killer(s) in their midst, not conducive for a happy engagement. Hell, they aren't even sure they'll survive long enough to attend the wedding they came to Scotland for.

JF Harding continues his narration of this motley crew. I love that he continually carries the same accents and tones from one book to the next for all the recurring characters. He also has the ability to convey the characters emotions at any given time to fit the words with the mood of the story. Let me just say, this book probably has the most secondary characters of any in the series thus far, and you can hear a distinct difference in each and every character.

Definitely a must read series, especially if you like the strong, overbearing alpha male type, and want to read or listen to a story where both men have those characteristics so you can see how the navigate a relationship and try to stay on a level playing field. The relationship between Ty and Zane the way they balance each other out, it's something amazing to behold. Not to mention that hot, monkey sex on the carpet by the fire. Yowza!!!

this book is necessary as the prologue to the final book and starts tying things together. I love me some Ty and Zane and the boys were hot as always.

another great book in the series

this one had so many turns and omg moments it was hard to know which way is up. but we get to know our characters better and it's a different take than the rest

I love these character, they make me laugh out loud and groan in pain. I have read the whole series but this is my favorite. Glad we got to learn more about Nick and see the evolution of his and Ty's friendship.

This series is one of my top favorites. While I am not a fan of the more sexual parts, the characters and plot are AMAZING. And let's not forget the plot twists, yeah? I loved this book from the first sentence to the last. A lot of emotions and action all in one. Loved this to pieces. Love the whole series.

I loved this series in print, and now really enjoy audio. JF Harding does a great job with this one--character voices are especially good.

And it's not like he can't do it, he does it for nick's family. Anyway good book could have had more sex, but I enjoyed it. Oh I am a bit pissed by the scene in the hospital with nick and the surprise guest, how could you possibly trust someone you've blackmailed to work with you. Just lie, say yes then tell the people in danger for Christ's sake. Ugh, I know I know suspension of disbelief but still there has to be a better way to make that work.